Roads Policing Officers have given a local boy from Rotherham a VIP escort on his final kilometres after raising over £1,300 for Rotherham Hospice.

Jack, a keen footballer, was unable to continue his training during the first Covid-19 lockdown. Keen to keep his fitness up, he decided he would run 100km, but raise money for charity in doing so.

Jack chose Rotherham Hospice as his chosen charity; a place close to his heart following his grandparents’ illnesses and stay.

Jack said: “The hospice do an amazing job for families in Rotherham. They looked after my grandad and great nan when they were poorly.

“I remember going to visit them with my little sister and brother, the nurses were really kind.

“We would have meals with them and pinch grandad’s curry!”

Even at such a young age Jack has realised the impact that Covid-19 has had on charities with scheduled fundraisers cancelled and being unable to open their shops.

Today (23 December) Jack finished his final 3km, running from his home to the hospice. The nurses and staff cheered and clapped for Jack as he arrived, with traffic officers supporting his achievement.

The total amount raised was £1,350. Well done Jack!! Retired PD Bear also came along to give Jack a round of a-paws! 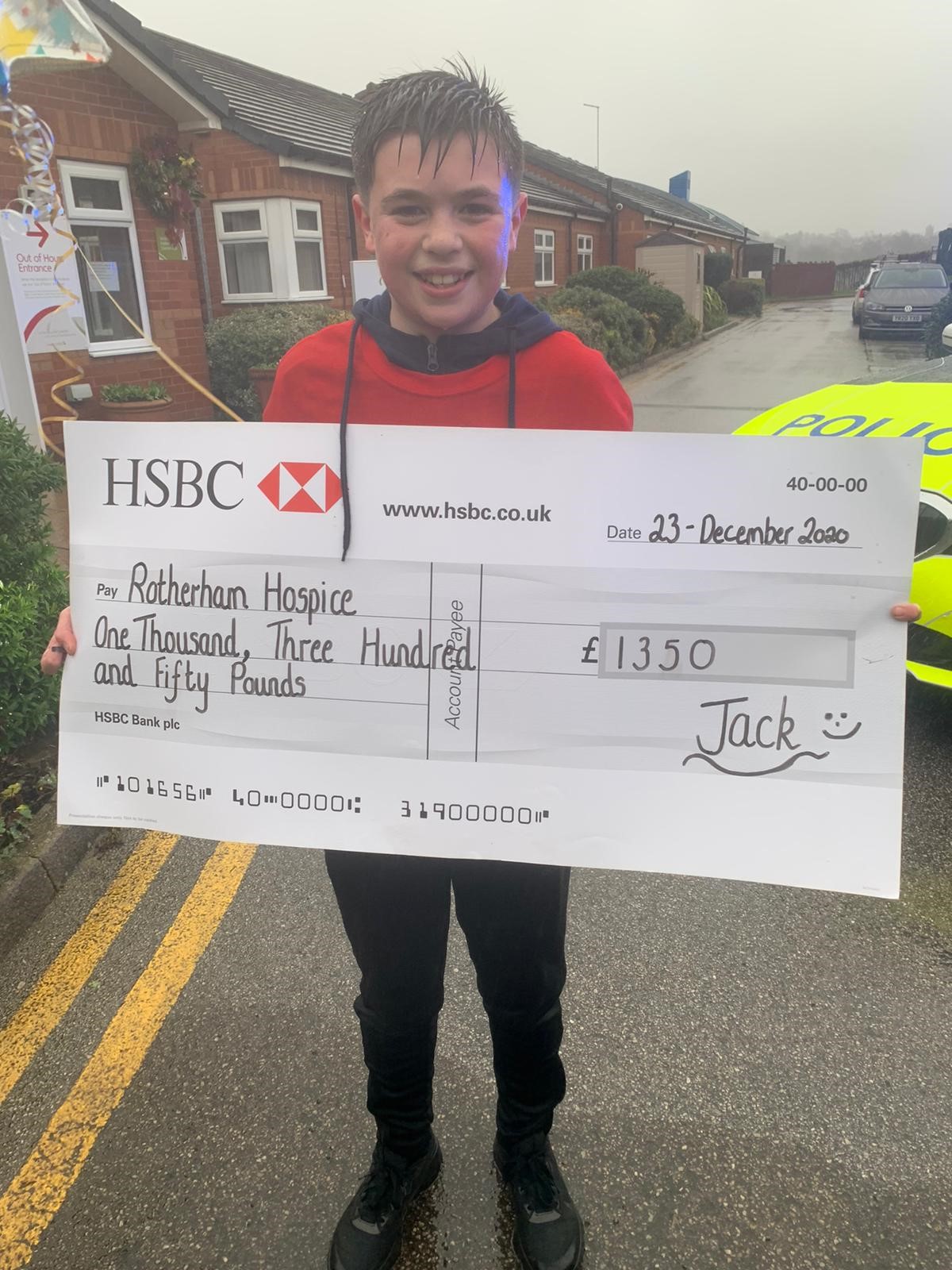 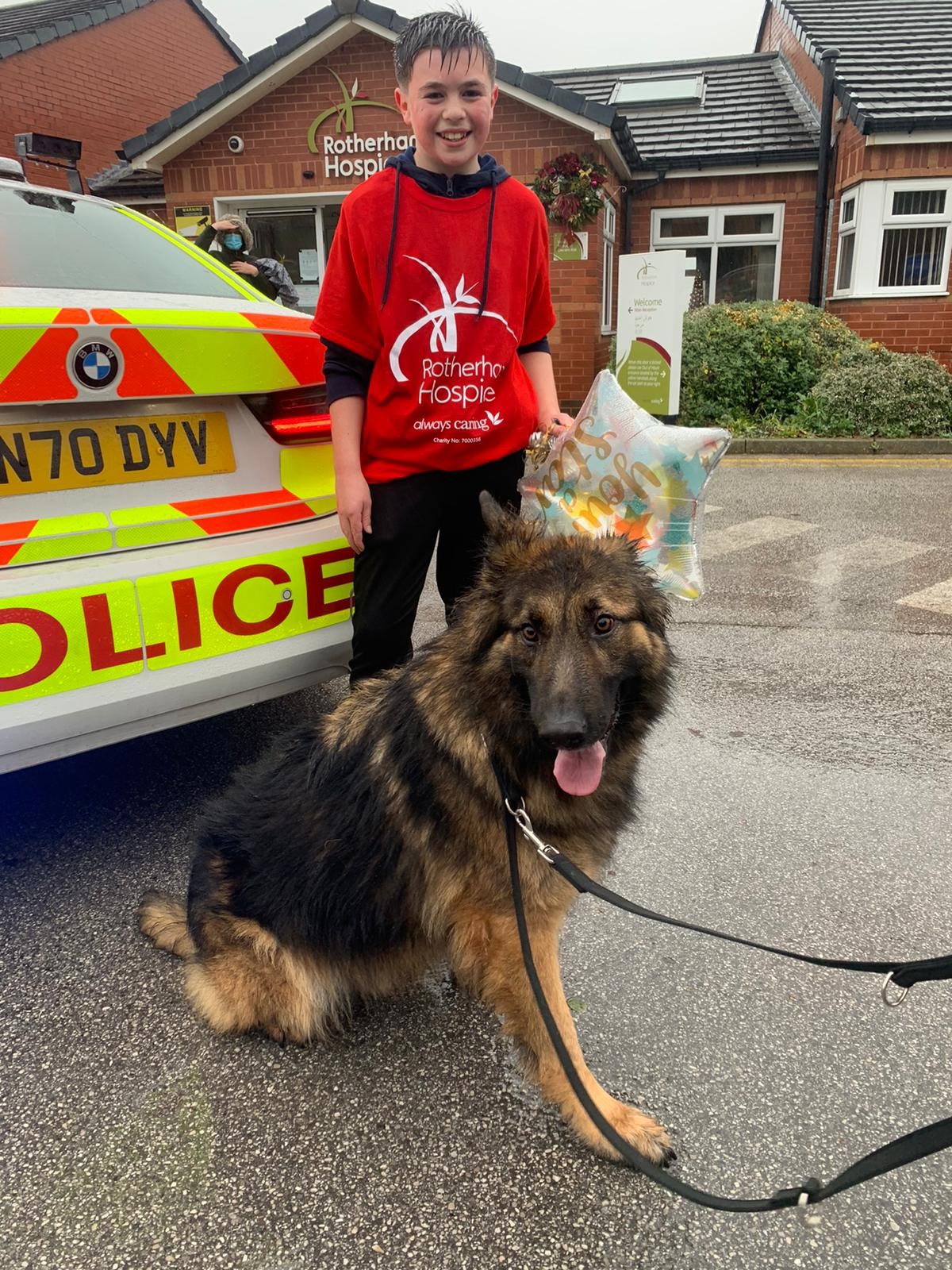