The family of a vulnerable man trapped in his own home have thanked officers for saving his life.

Police were called today (Tuesday 3 August) at 12.11pm to reports of concern for a man in Barber’s Crescent, Rawmarsh, Rotherham.

Acting Sergeant Michael Plant had recently returned to the station when he got the call, and decided to set off to the scene on foot.

When he arrived, he found the doors locked, with the occupant, a vulnerable man in his 60s, seemingly unresponsive. As he checked the building, concerned family members gathered outside expecting the worst.

Within minutes additional officers arrived at the scene along with the fire service to help gain access to the building.

When inside, officers found the man had fallen, and had been stuck for 23-hours in desperate need of assistance.

A/ Sergeant Plant said: “When the call came over the radio I immediately recognised the address, it’s only round the corner from the station. There’s no time to waste in these situations so I set off running.

“I was first on the scene, although I was joined shortly afterwards by my fellow officers and colleagues from the fire service. It really was a great team effort.

“I would like to applaud the quick-thinking actions of the man’s family, who reported their concerns and gave us the opportunity to respond in time. Often these situations can have a tragic outcome, which is heart-breaking for all involved, so it’s wonderful to see such a positive result.”

A family member at the scene said: “Within minutes of me calling the police I saw an officer running down the road towards me, I couldn’t believe how fast police had responded.

“We thought something really awful had happened, it’s completely out of character for him not to answer, so I knew something was wrong. I cannot express how grateful I am for the officers who made sure he was OK. Without their help, we don’t know what would have happened.

“Even after they saved him, they stayed to make sure we were all OK and we knew where to go for support and safeguarding advice. We’re so grateful!” 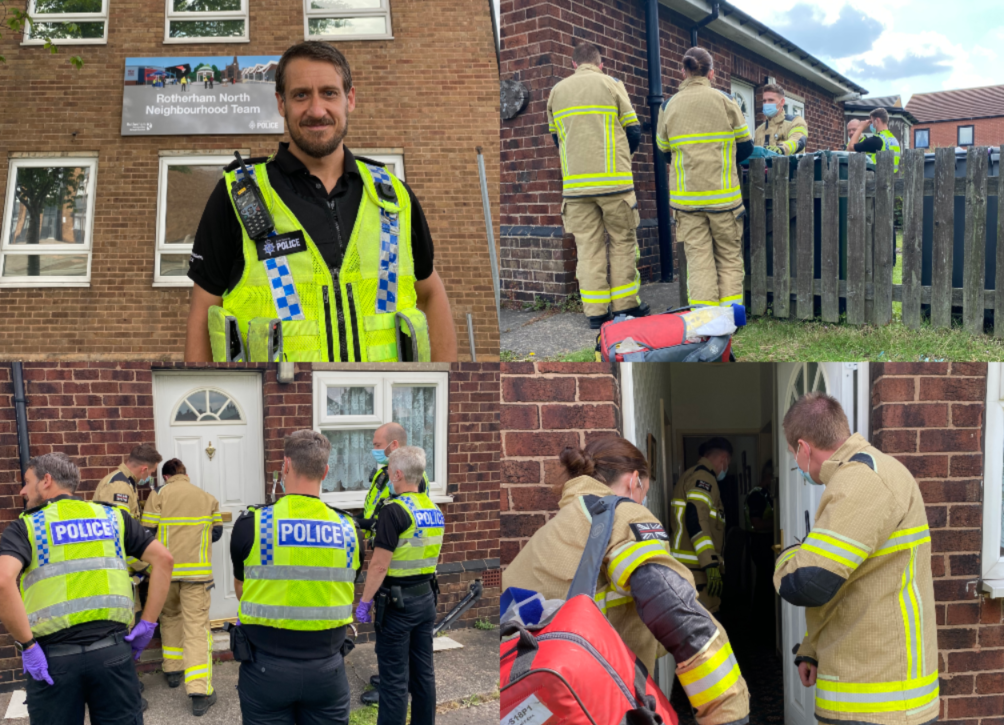