A Sheffield man who subjected his mother to a violent assault then barricaded himself in his home has been jailed for eight years.

Mark Shaw, 42, pleaded guilty to Section 18 Wounding at the first opportunity and was sentenced at Sheffield Crown Court today (17 August).

When officers arrived at Shaw’s home address on the morning of 1 January, they were prevented from getting inside with Shaw closing doors and windows.

After forcing entry officers discovered homemade barricades of furniture and were met by Shaw who was brandishing a hammer. A Taser deployment was required to ensure his and officers’ safety.

Investigations Officer Alyshea Sharp of South Yorkshire Police’s Protecting Vulnerable People team, said: “The victim, Shaw’s mother, was found in the living room underneath a sofa and other furniture which had been thrown around her.

“She had received significant swelling to her face and was bleeding from a head wound. There was blood on her clothing, the furniture, and the walls and much of the furniture was damaged.

“The victim confirmed to officers that Shaw had carried out the attack, and that he had a hammer in his hand.”

Shaw tested positive for cocaine in routine drugs tests following the incident and drug paraphernalia was found in the living room, as well as an open bottle of Cognac.

Shaw, of Little Norton Avenue, admitted the charge of Section 18 Wounding at Sheffield Crown Court on 28 May and today was sentenced to eight years in jail at the same court.

“He admitted the charge quickly, but this does not atone for what he did, and his mother will forever have to live with the mental scars from such an incident.” 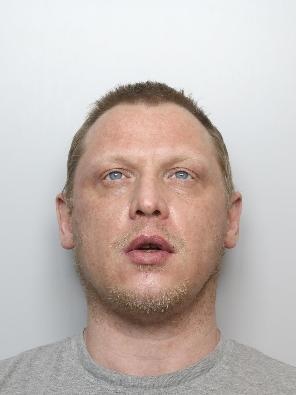