A Barnsley man has begun a 27-month prison sentence after taking money from a vulnerable victim in an incident that has had a “significant” impact on them.

On 3 August this year, Connelly attended the victim’s address in the Wilthorpe area of the town under the guise of obtaining gardening work.

He followed the victim into their home and claimed he had entered into a business contract with them. When the victim took out their wallet, Connelly snatched it from them and stole £40, before leaving.

During his period on remand Connelly tried to apply for bail and still maintained his defence he was not a trespasser so had not committed burglary. Through the hard work of SYP’s Barnsley CID team in close liaison with the Crown Prosecution Service, an alternative charge of fraud was agreed and the defendant pleaded guilty.

Detective Inspector Christina Wilson said of the case: “Although not a large monetary amount, the psychological impact on the victim has been significant.

“The investigation was put under considerable pressure, but joint working between CID teams and advice from the National Crime Agency ensured the case was not dismissed.

“Connelly is now serving 27 months in prison, and the victim’s family have been appreciative of the hard work of the investigative team.” 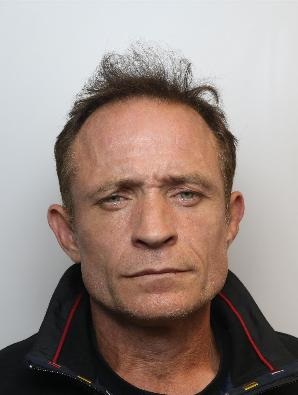