A Barnsley man who stalked a woman over a 10 year period has been jailed for four years and given a lifetime restraining order.

Sheffield Crown Court heard how Craig Lawrence, 46, of Oakroyd Crescent, Barnsley met his victim four times over a two week period through a dating app a decade ago but then proceeded to stalk her.

He would suddenly appear at supermarkets and takeaways where she was.

On one occasion the victim was in a takeaway when Lawrence arrived. He then typed in his phone, asking her to have sex with him in return for money, causing her to flee.

He continued to bombard her with requests for sex and on 17 June this year she woke up to find him standing in her bedroom doorway, shining a light into her bedroom. He then said he loved her and again asked for sex.

The court heard how we did this on two other occasions and she was unaware that the suspect knew where she lived as she had moved twice previously after he had discovered her address.

He would also send the victim sticky notes asking her for sex and leaving his phone number and stick them to the window of her house.

Other instances included shouting suggestive comments at the victim when he was stopped at some traffic lights and she was crossing the road.

“What Lawrence did was beyond unacceptable – he subjected his victim to a sustained campaign of harassment and distress and I am pleased he now has time inside to consider what he did and the consequences of those actions.”

“I would also like to praise the victim in this case who had the bravery to come forward and tell us what happened so we could take action against Lawrence.

Lawrence was arrested on 21 June 2021 and charged with stalking on 16 October.

If you are suffering from stalking or harassment call us on 101 or use our online reporting portal - https://www.southyorks.police.uk/contact-us/report-something/

To find out more information about how the force supports a new national framework to tackle violence against women and girls see here - https://www.southyorks.police.uk/find-out/news-and-appeals/2021/december-2021/south-yorkshire-police-supports-launch-of-new-framework-to-tackle-violence-against-women-and-girls/ 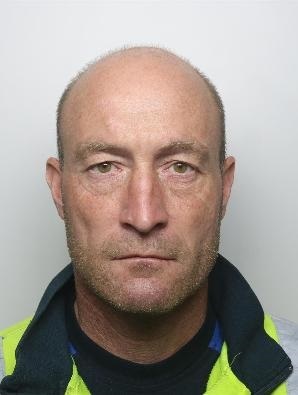