A Barnsley teenager has been jailed for life for murdering 15-year-old Loui Phillips in an unprovoked attack in Monk Bretton earlier this year.

Kyle Pickles, aged 17, formerly of Kirkstall Road, Barnsley, stabbed Loui in the chest in a jealous rage over a perceived relationship, and calmly walked away from the scene leaving him fighting for his life.

Pickles appeared before Doncaster Crown Court today (Monday 20 December) for sentencing. He had admitted murdering Loui at an earlier hearing on 25 October.

He was sentenced to life in prison with a minimum term of 17 years for murder. He was also sentenced to three years in prison for possessing an offensive weapon, to be served concurrently.

The court heard that Loui was riding his bike with a friend along Fish Dam Lane at around 2pm on Saturday 8 August, when Pickles approached him from the opposite direction.

An unsuspecting Loui, who had never even met his killer, was then stabbed – once in the chest – before Pickles calmly walked away, leaving his victim fighting for his life.

Detective Chief Inspector Mark Oughton, who led the investigation into Loui’s murder, said: “Loui had been stabbed with such force that the handle of the knife snapped off, leaving the blade lodged in his chest.

“Sadly, despite the best efforts of all at the hospital, Loui died on Thursday 12 August.”

Pickles was identified as Loui’s attacker by a witness at the scene. He was spotted by a police aircraft in a park near his home later that day, but fled when officers approached him. He was located and arrested shortly after.

He made no comment during interview, but a witness to the attack picked him out in an ID parade. His DNA was found on the handle of the murder weapon.

DCI Oughton continued: “This is an incredibly tragic case where an innocent young boy was stabbed to death, simply because his attacker was jealous of a perceived relationship.

“Pickles located Loui and his friend, using the social media platform Snapchat. He planned his attack, located the pair and purposely set out armed with a kitchen knife to go and stab him.

“He has shown no remorse for his actions throughout, and continued to maintain his innocence until his court appearance in October.

“Loui was still conscious after he was stabbed and managed to give a full account of the attack to a police officer on the way to the hospital. All he wanted to know was where his mum was.

“My thoughts today are once again with Loui’s mum and family. They have shown great courage and dignity throughout these proceedings. I know that no length of sentence will bring Loui back to them, but I hope they feel that, in some small way, justice has been done.”

Speaking after the sentencing Loui’s mum, Louise Hartley, said she is ‘totally lost’ following the death of her son.

She said: “I keep reliving the phone call that Loui made to me after he was stabbed, and the proceeding days where I sat by his bedside in hospital watching him die.

“I miss Loui constantly. I miss the small moments like him wandering into the room to sit with me or ringing me to say he will be home soon when out with friends.

"Loui had the world at his feet. He was young, good looking, and opportunities seemed to be opening up for him. He loved football and was excelling on the pitch. He had also recently started catering college.

“He was a very sociable boy and was quite the charmer with the girls. He never left the house without making sure that his hair was perfectly styled.

“It was Loui’s 16th birthday on 4 November, and I spent it by his graveside. I can no longer smile. I feel physically incapable of happiness. I would feel guilty to do so knowing that my Loui is not able to. I want my son here with me - I love him so much.”

Loui’s auntie Leighann Phillips, added: “In the 15 years that Loui was on this Earth he touched everyone’s hearts. He was a special soul who loved and was loved. I can only imagine what a man he would have become. We will never know where his personality and talent would have taken him.

“He was taken from us by Kyle Pickles, who on that day decided to play God. Our Loui did not know his attacker, he never saw him coming, and never had a chance to defend himself. 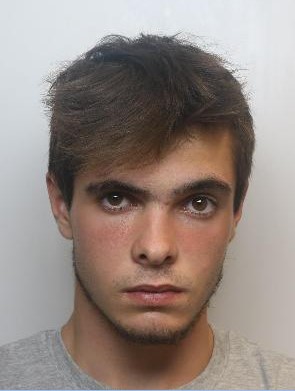