A Sheffield man has today (17 December) been found guilty of the murder of Danny Irons in Sheffield in April.

Ross Turton, 30, of Danewood Drive, has been on trial at Doncaster Crown Court since Monday 29 November, charged with murdering Danny.

The court heard how at 12.22am on Saturday 17 April, emergency services were called to Fretson Road South, in the Woodthorpe area, following reports of a man lying injured in the street.

Danny was found with a serious stab wound to the chest, and was sadly pronounced dead at the scene by paramedics.

Following extensive enquiries, officers arrested Turton on Wednesday 21 April. He was subsequently charged with murder, alongside Daniel Chadwick, 30, of Melville Drive. Chadwick has today been found not guilty of Irons’ murder.

Detective Chief Inspector Simon Palmer, leading the investigation, said: “Firstly, I would like to offer my condolences to Danny’s family on this difficult day. Although justice has been served, this will do little to ease the grief of his loved ones, and our thoughts are with them.

“A friend of Danny made the initial call to the police in the early hours of the Saturday morning, after discovering him lying face down in the street.

“Both Danny and his friend had been approached by Turton in a small local park. There, an altercation took place during which Danny was fatally stabbed. The court heard that Turton struck the fatal injury, with Danny collapsing nearby. Immediately after the stabbing, Turton fled the scene before disposing of his phone, clothing and the vehicle he fled in.

“Turton now faces a considerable period of time behind bars for this serious crime, though again this will be of little consolation to Danny’s family. Turton has refused to accept responsibility for his actions and as such, Danny’s family have had to sit through a distressing trial.

“I would also like to take this opportunity to recognise the actions of those officers who have worked hard over the last nine months to bring this matter before the courts and seek justice for Danny and his family.”

Turton will be sentenced on 10 January. 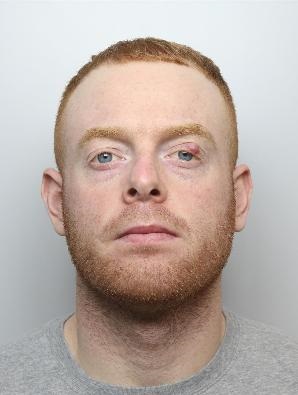