A 29-year-old Doncaster man has been sentenced to two years behind bars after he subjected his victim to a torrent of harassment and abuse.

Sam Hone, formerly of Lime Tree Avenue, was found guilty of breach of restraining order and harassment at an earlier hearing at Sheffield Crown Court on Sunday 12 December 2021. He was handed the two-year custodial sentence and a lifelong restraining order on Thursday 16 December.

The court heard how Hone subjected his victim, a woman in her 20s, to weeks of harassment and abuse. Throughout August 2021, Hone called her on a withheld number more than 100 times, bombarded her with texts and snapchat messages, made threats to harm her and her children and circulated explicit images of her to her family members without her consent as a way of blackmailing her into communicating with him. It was heard how Hone also harassed his victim by making 15 hoax phonecalls to police, causing officers to be sent to his victim’s home address.

Hone was arrested on Thursday 16 September and later charged with domestic abuse offences.

PC Gordon Doudie said: “I am pleased that Hone has been handed the custodial sentence he rightly deserves.

“His cruel and callous actions caused his victim to suffer for weeks. He showed no empathy for his victim or her loved ones.

“I would like to thank her for her bravery coming forward and reporting what happened to us. It is thanks to her that a dangerous individual is now behind bars where he belongs.

“I am so pleased that she can now enjoy a peaceful Christmas with her family in the knowledge he has been put away. Whilst the sentence can never undo Hone’s atrocious actions, I hope it can help provide his victim with the first steps towards healing.

“If you or a loved one has been affected by domestic abuse, please know that it is not your fault. It is the offender who is to blame.

“Please know that we are here, we will listen to you and we will do all we can to support you, and bring offenders to justice. 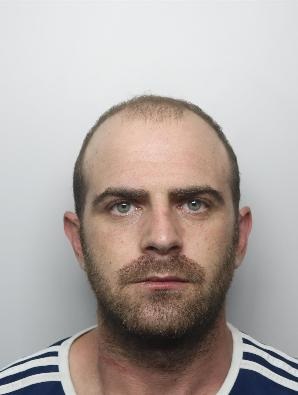