There’s a new paw patrol ready and waiting to keep the streets of South Yorkshire free from crime.

On Thursday (16 December), four new paw-fect pooches received their certificates after becoming the latest dogs to pass through the South Yorkshire Police Dog Training School based at the Niagara Conference Centre in Sheffield.

The pooches had been put through their paces over the past couple of months by the training team at Niagara.

PD Boss, a springer spaniel aged around 18 months, will be teamed up with PC Charlie Oades, while PD Cole, also aged about 18 months and a springador, will team up with PC Paul Oades.

PD Taffy and PD Dexter, both springer spaniels and a bit older aged about two-and-a-half years, will be paired up with PC Terry Davidson and PD Matt Aris respectively.

After a decrease in the number of trained dog handlers in the force, 2018 saw things change in a bid to rebuild the resilience of resources. Four new drugs dogs were trained in 2019, and the course has gone from strength to strength ever since preparing officers with both two and four legs for the scenarios they may come across while on duty.

These four new additions mean there are now two drugs dogs on each of the force’s four operational teams, which provides increased availability.

Now they have graduated they will be utilised for sniffing out Class-A drugs, firearms and ammunition, as well as the ink in both plastic and paper notes to combat money laundering.

After the ceremony, PC Aris, who already works with ‘big’ dog PD Luna and has 21 years in policing under his belt, said: “It was a really enjoyable course, very well-run. It covers every scenario we might face and sets us up for everything you get to see while operational.

“You get close to your colleagues as well as the dogs and we all built up a good relationship.

“I can’t wait to get back out there now with both our big and little dogs and get working together.”

PC Davidson, who also works with ‘big’ dog PD Benson, has nine years’ experience at SYP and first joined as a Special Constable. He said: “We will all now be what’s called ‘dual carrying’. This means we can be out with the ‘big’ dog and can switch to using the ‘little’ dog for things like searches.

“They’re one of the best pieces of kit we have on a police force – there’s 1,000 years of evolution in those noses. We’ll provide support on anything the districts need from us, whether that be pre-planned warrants, if a vehicle is found containing suspicious items or we are searching routes for things that have been discarded.

“PD Taffy makes it four dogs at home now, including PD Benson and two of my own. The kids love them all and have really taken to Taffy, and all the dogs get on.”

Instructor Schofield added: “These four handlers have put in maximum effort over the past few weeks to ensure these brand new dogs are trained up to standard.

“It has been a pleasure to train them and I look forward to seeing the results come in when they are deployed in the real world.

“All our drugs dogs are trained to find Class A controlled drugs, firearms and ammunition and cash, and would love to find the evidence officers need to successfully prosecute. The only thing they want in return is a tennis ball.” 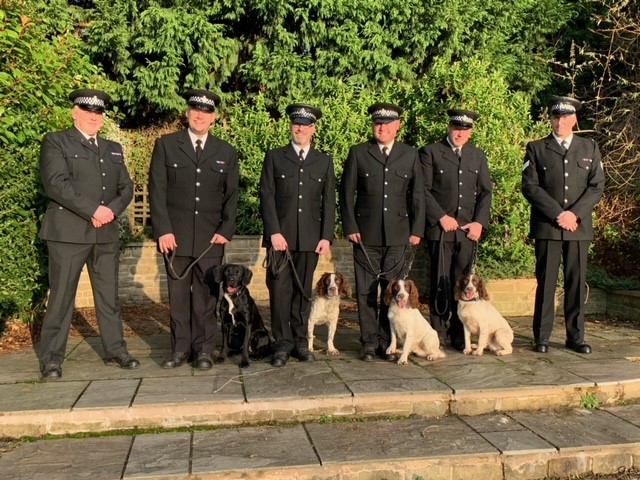 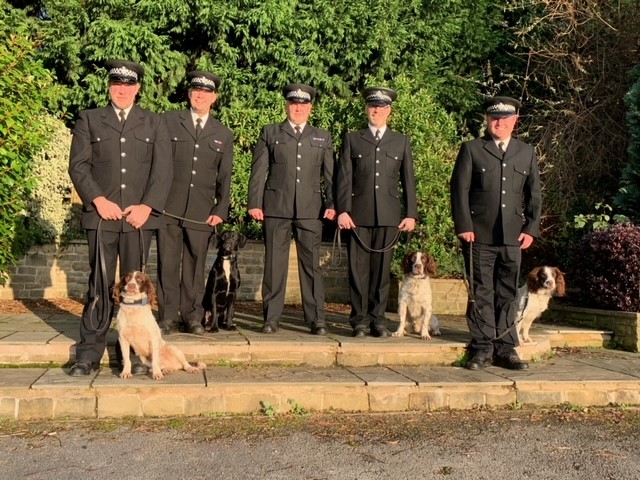