A Sheffield man has been found guilty of conspiring to possess a firearm with intent to endanger life after two shootings in the city in June last year.

Joshua Mottershead, 22 of St Aiden’s Avenue was found guilty of the charge at Sheffield Crown Court on Monday (13 December) after an investigation by the Force’s Armed Crime
Team.

He was remanded in custody by the court and will be sentenced on 17 January next year.

The court heard that on the evening of Tuesday 30 June 2020, police received calls from members of the public reporting that bullets had been fired through the windows of a property on Errington Avenue (Arbourthorne).

Just a minute later, our officers received a second call– this time from nearby Aylward Road where again, bullets had been fired through a living room window.

At both addresses, the occupants had been having quiet evening and children were present inside.

“Incidents like these are not acceptable. People were left in fear of their life by what happened and we launched an immediate investigation through our Armed Crime Team.

“Innocent families were caught up in a dispute about organised criminality and at the second property a baby was sleeping in its pram directly below the window that was shot at. It is nothing short of a miracle no-one was injured.

“I of course understand that incidents like this cause concern in our communities – but when they happen we will take robust action and bring people before the courts.”

Soon after leaving the second property, a pre-arranged plan to destroy the vehicle used kicked in, led by Demi Dunford.

Dunford, 25, of Derby Street, Sheffield pleaded guilty in November 2021 to perverting the course of justice, for her role in the car being burned out.

The court heard how the investigating officers found CCTV which captured Dunford using taxis to visit a petrol station on East Bank Road, buying and filling a jerry can and then making her way to an agreed location, Park Spring Drive, during the exact time the shootings were taking place.

Phone records show that during this process, Dunford was in contact with Mottershead continuously.

Subsequent identification parades led to the positive identification of Dunford as the woman with the petrol can and confirmed she was responsible for setting the vehicle on fire.

Det Supt Murphy continued: “It didn’t take long for us to trace the owner of this vehicle, Mottershead had bought it on social media just days before. He did try and conceal his identity by providing a fake name on the papers, unfortunately he gave his actual address and date of birth.”

Molly Mayer, 22, of Callow Drive, Sheffield, pleaded guilty at a hearing in November, to perverting the Course of justice.

Mottershead was found not guilty of conspiracy to murder, and conspiracy to possess a firearm with intent to cause fear of violence.

Mottershead, Mayer, Dunford were remanded in custody and will be sentenced on 17 January 2022. Brough will also be sentenced then.

Niki Haycock, 23 of Ironside Close, Sheffield was found not guilty of conspiracy to murder and conspiracy to possess a firearm with intent to cause fear of violence.

There was a previous trial held in January this year in which the jury was discharged due to restrictions around COVID. 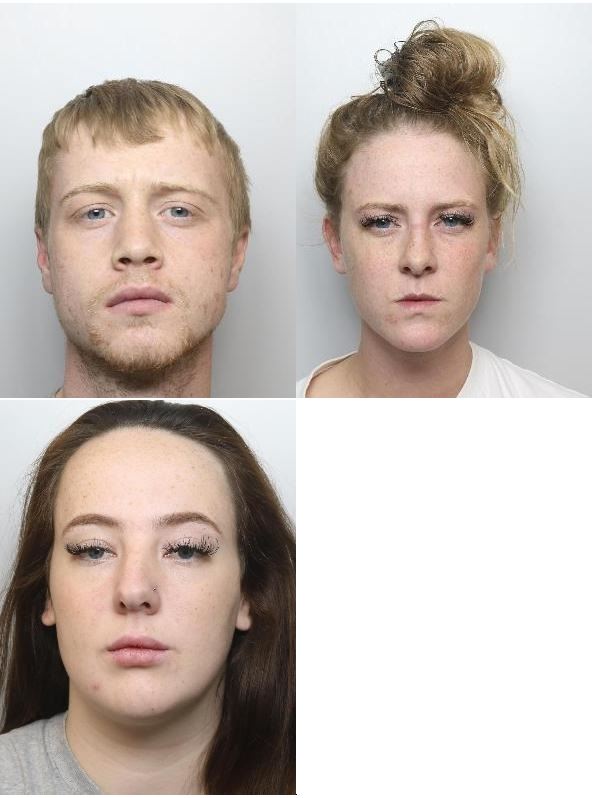