Officers in Sheffield are urging the person who bought ‘Sid’ the photographed dog to come forward.

On 30 January it is reported that a 27 year-old woman attended Mill House Animal Sanctuary in Sheffield looking to re-home a dog.

Staff at the sanctuary allowed ‘Sid’, a two year old male Staffordshire Bull Terrier to be re-homed into her care.

Later in the day, an advertisement believed to be Sid was seen online. It is believed the 27 year-old woman sold Sid following him being released into her care.

The woman later failed to attend the Sanctuary at her follow-up appointment and enquiries made since have showed that the contact details provided were false.

Officers are now keen to speak to the person who bought Sid in good faith to come forward and help them with their enquiries.

Did you buy this dog? 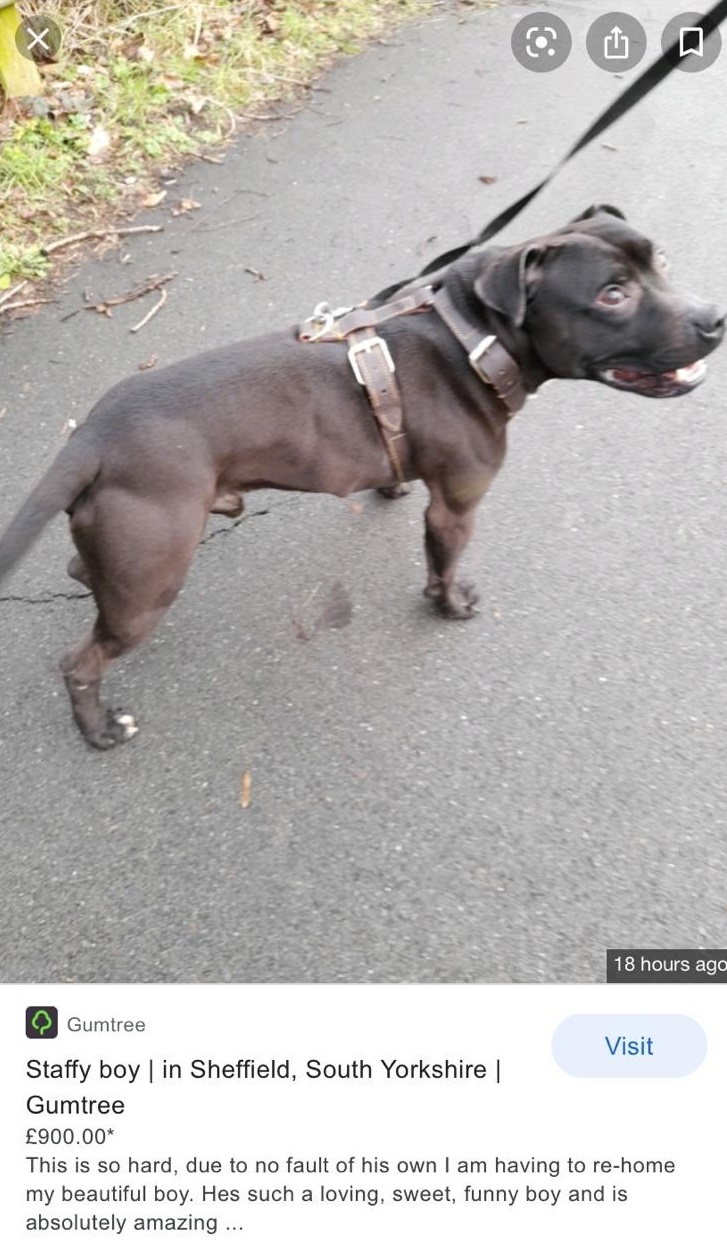