A man who failed to stop for officers on the M18 and reached speeds of 145mph has been jailed.

On 11 January, just before mid-day, officers requested Kemp to stop his Blue VW Scirocco just after junction 35 on the M18.

Officers wanted to speak to Kemp in connection to reports of threats to kill; made towards police officers earlier in the day.

Kemp failed to stop for officers and a pursuit commenced.

During the pursuit, Kemp failed to stop for red lights, reached speeds of 145 mph and drove against the flow of traffic on roundabouts.

PC Ashley Leech tells us more about the pursuit, he said: “During the pursuit Kemp has caused innocent motorists to react, brake and move out of his way by driving erratically.

“During a pursuit officers are continuously risk assessing and taking factors of people’s safety into consideration.

“As the pursuit continued, Kemp drove down the hard shoulder of the M18, undertaking vehicles at speeds of 130mph and 145mph, including lorries.

“At this point the National Police Air Service (NPAS) arrived to assist us and took over; Kemp continued to drive off the M18 at Junction 4.

“NPAS followed Kemp and witnessed him drive against the flow of traffic at roundabouts and through road works, until he stopped his vehicle at a carpark in Edenthorpe. Officers attended and he was quickly arrested.”

Once Kemp was arrested, officers conducted a road side test for cannabis and cocaine. Kemp tested positive for cocaine in his system and was taken to hospital to provide a blood sample; which he failed to do so and was subsequently charged.

Kemp was sentenced to 10 months in prison and disqualified from driving for two years and five months.

PC Leech continued: “Drivers who fail to stop pose a risk to other road users, and we usually find that those evading police are linked to further criminality or offences and are more likely to take risks, like driving while under the influence of drugs.

“We will continue to work to create safer roads across South Yorkshire.” 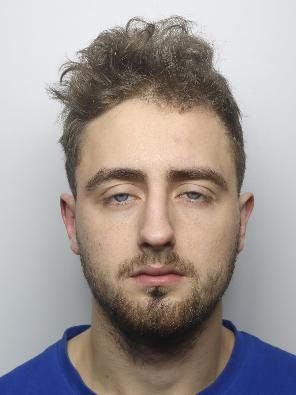