Double figures of Barnsley landlords have joined forces with South Yorkshire Police in a bid to stop houses being used to grow cannabis.

As part of the Cannabis Aware Scheme, launched in August 2020, landlords across Barnsley have been encouraged to sign up and help put a stop to drug criminality and exploitation within our communities.

PC Paul Davies launched the scheme and has already had 35 landlords and letting agents sign-up.

During 2019, 106 cannabis grows were detected across Barnsley. The scheme was implemented to deter those looking to let properties to grow cannabis, as well as help detect those that are cultivating the drug in existing lettings.

Since the launch, the detection in cannabis grows has doubled, compared to a three month period prior to its implementation.
PC Paul Davies explains more, he said: “As a police officer seconded to the shared accommodation team within Barnsley Council, I deal with landlords and letting agents daily, and have realised that only a partnership approach reduce the cannabis grow problem.

“Before the scheme landlords and letting agents would carry out checks and follow guidelines, but once the tenant is in the property, they usually only conduct one quick check every six months.

“The average growing time for a cannabis plant is approximately twelve weeks, this will depend on the setup along with the knowledge and experience of the grower; so six months is potentially allowing time for two grow cycles.”

When a property is used for growing cannabis, landlords are left with the bills for the damage caused by the tenants. Growers will not hesitate in carrying out dangerous changes to the property, including tampering with electrics, all of which can lead to fires.

PC Davies explains what you, as a landlord, can do: “Inform potential tenants that you will actively check properties on regular basis, every 10 weeks would be enough to put off a future tenant with nefarious motives.

“This check doesn’t have to be an internal inspection, as even compliant and good tenants wouldn’t want this. Instead, look for external signs, heavy constant smell of cannabis, windows blacked out, excessive condensation on windows, letterbox blocked, heavy use of anti-odour devices, bins not being used and visitors at unusual hours staying for a short period of time.

“You can find out more about joining the scheme by emailing Paul.Davies@southyorks.pnn.police.uk”

Cannabis leads to the exploitation of vulnerable people and those benefiting from the profit of cannabis sales are often part of Organised Crime Groups that cause fear and harm within our communities.

If you are concerned about a property being used to grow cannabis, please call 101 and report it. 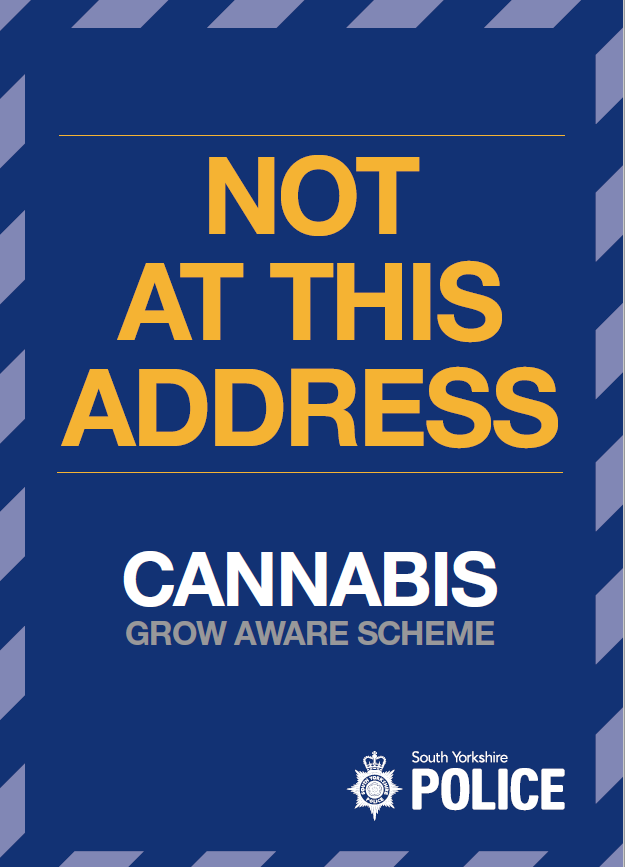