A Doncaster man has been jailed after he admitted child neglect offences.

Michael Leeson, 35 and Gemma Lister, 37, were arrested in March 2018 after nursery staff noticed severe bruising to the three-year-old victim.

Officers from the Protecting Vulnerable People Team launched an investigation, which revealed the young child had been beaten more than once over a number of weeks.

The child was taken to hospital and a paediatric consultant described the injuries as being “inflicted with as much force as one can imagine.”

At the same court, Leeson, of no fixed abode but formerly from the Doncaster area, was jailed for two years and four months.

Detective Inspector Simon Leake said: “This was a heart-breaking case in which the young child was not able to articulate what happened to them, so we did all we could to ensure their voice was still heard.

“I would like to commend the hard work of our partners in Health, Social Care and Education, who worked tirelessly to assist our investigation.

“Protecting the most vulnerable in our society remains a force priority, and we will continue to do everything we can to bring those responsible to justice.”

If you suspect a child is in danger, please report it by calling 101 or visit: southyorks.police.uk. Always call 999 in an emergency.

Alternatively, you can stay completely anonymous and tell Crimestoppers what you know, either online via their website or by calling 0800 555 111 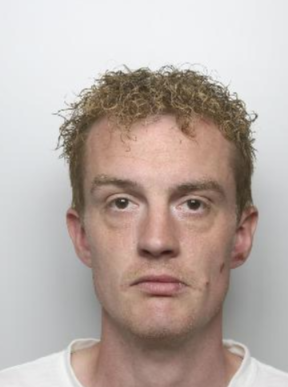