She has been kicking a ball for as long as she can remember, and South Yorkshire Police PC Rebecca Hunt is hoping she can now inspire some of the youngsters she meets at events to pick up both her beloved sport of football and a career in the police.

It started very young for Rebecca, part of Barnsley NPT and based at Cudworth police station, who says there are plenty of photos of her aged two kicking a ball round the garden of the County Durham home she grew up in with her Newcastle United-mad father.

“I joined a boys’ team up until I was about 13,” said Rebecca, due to a lack of opportunities for girls her age at the time. “I’m 27 now and it wasn’t massive when I was growing up. Then I got scouted into Sunderland’s Ladies Academy.

“My family are all Newcastle United-mad and my dad refused to even hang the kit on the line when it had been washed. It was very contentious.

“I played there until I was 18, in their academy set-up and then with their seniors. I played for the reserves mainly, but sat on the bench for the first team too. This was the season that Sunderland won the national title and therefore it was a good experience at a young age.”

She also played for the women’s team at Durham University where she studied Biomedical Sciences, and while there she won the BUCS Schools’ National Medal when she was just 22.

And when her education was over, she took up a career with the civil service.

Rebecca continued: “I was on a graduate scheme where they relocated you around the country, and I ended up in Leeds. I had no friends and didn’t know anyone, so I started playing for Leeds United Women. This was five years ago. It was probably the best decision I ever made - all my friends in Leeds play for Leeds.”

She’s about to start her fifth season with the club, who play in the FA Women’s National League North 1 – two steps below the professional tiers of the women’s game. And as well as building up her fitness for their opening fixture at home to Stockport County on 15 August, she is hoping to keep impressing the coaches of the GB Police Women’s Football Team.

Last month she was selected for a training camp where they played a series of friendlies in advance of the USPE European Police Football Championships in Norway in June 2022. These were against Huddersfield Town Ladies, Fylde Ladies and the UK Armed Forces Ladies.

“The final game was against the UK Armed Forces Ladies, and involved players from the RAF, Navy and British Army. It was a memorial game for the victims of the Manchester Arena bombings and the dad of one of the young girls who tragically lost her life came and presented a trophy. The game ended 1-1 and was a competitive fixture; it was an honour to be involved.”

When attending events in the community, Rebecca comes across many young girls looking for a path in life. And she has two big chances to be role models to these youngsters through her exploits on the pitch and in the force.

“It’s all community engagement and people forget police officers are just humans in their uniform,” she said. “We’ve also got an advanced nurse practitioner playing at Leeds and I’d like to think that for young girls coming to watch us seeing a police officer and a nurse playing is good for them.

“It’s important for young girls to see that they can still play football to a good level when they grow up and enjoy it. And that they can also have jobs in careers where in the past it was maybe more male-dominated – just as football was.”

And last month, Rebecca was one of the officers from across the Barnsley Neighbourhood Teams who took part in the Reds in the Community anti-racism football tournament with Barnsley FC, making up a Barnsley United football team.

The tournament was aimed at bringing together different groups in society to promote anti-racism.

All nine teams that took part played well, but Barnsley United were the overall winners.

“It was an anti-racism tournament held at Oakwell, Barnsley’s ground and it was aimed at engaging the community in sport and pushing positive anti-racism messages into those communities.

“Our presence there went down very well. We had a lot of people there making jokes about how they’d always wanted to tackle a police officer. The spirit was great and it was good to see people from so many different backgrounds playing together.

“It was nice to see so many people involved, and we somehow ended up winning, which I think came as a shock to us all. It’s really nice to get out there and communicate with people in a different way.” 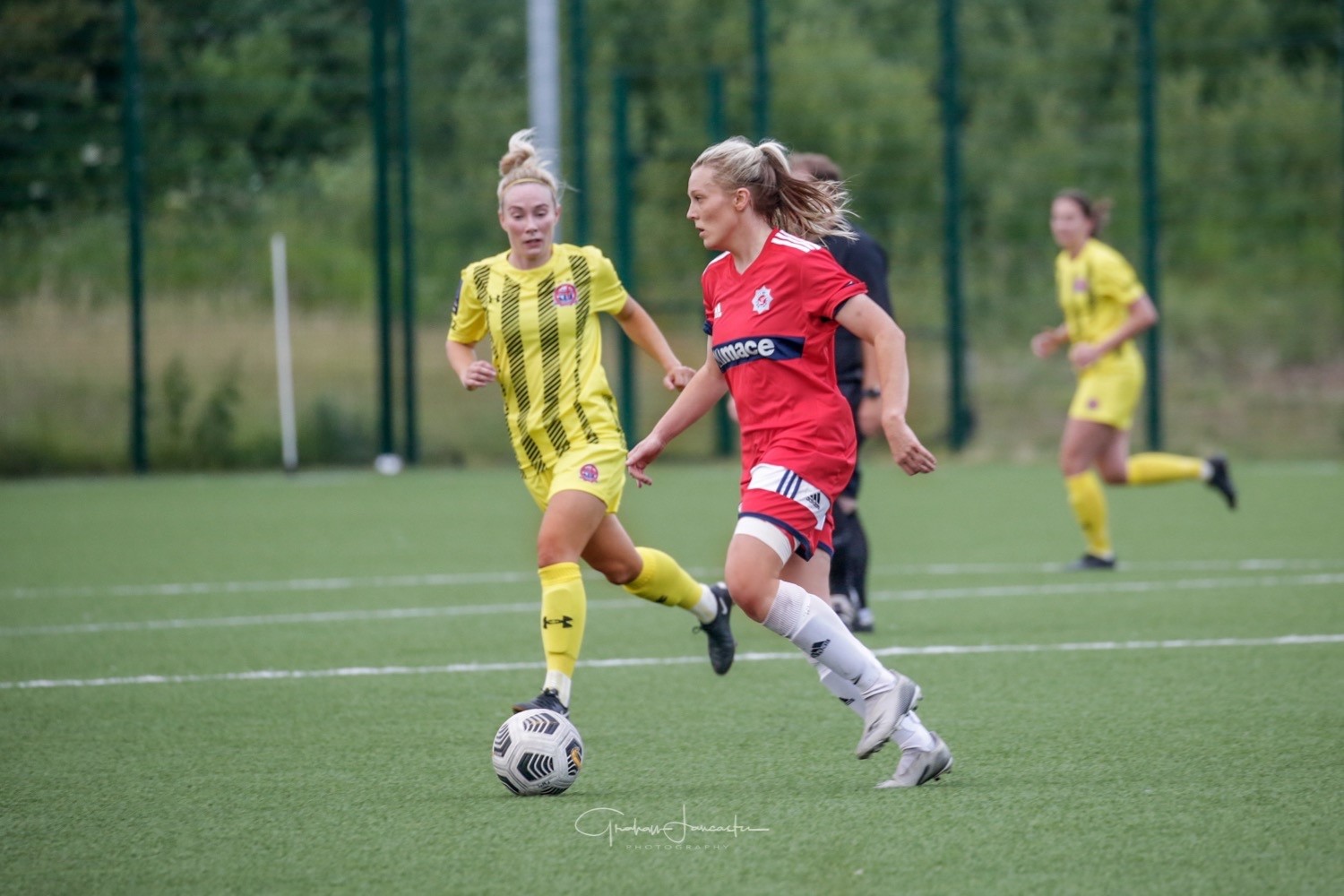 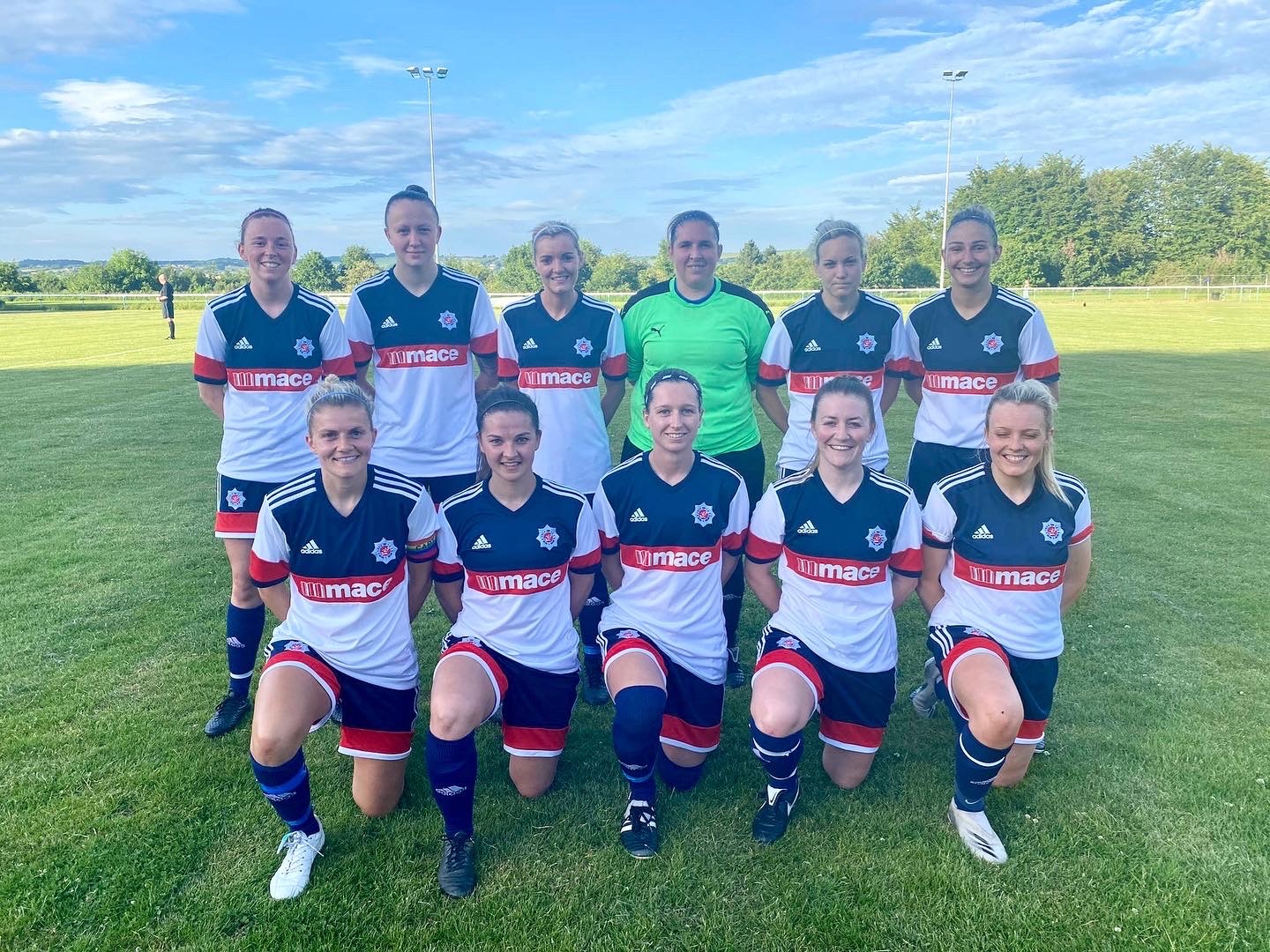