Operation Tramline saw officers driving a unmarked HGV tractor unit, provided by Highways England, which enabled them to carry out patrols across key routes throughout the county.

The operation took place between 14 June and 25 June, and involved officers from the South Yorkshire Roads Policing Group, with enforcement taking place on the M1, M18, A1(M) and M180.

They tractor unit, which was driven by police officers, provides an elevated vantage point to monitor passing motorists. Once an offence had been detected, additional officers were following closely behind to stop any offenders.

Sergeant Bruce Yacomeni, of the South Yorkshire Roads Policing Group said: “We are incredibly thankful for the support of Highways England in providing us with the HGV tractor unit.

"The HGV cab provides a unique opportunity to see into other HGV’s but additionally cars and vans as well. The goal of the campaign was to crack down on motoring offences adversely affecting road safety including the ‘fatal four’ causes of collisions, which are drink or drug driving, speeding, using a mobile phone, and driving without a seatbelt.

“Sadly, despite countless news stories reporting injuries and deaths caused by dangerous activity behind the wheel, some drivers find it acceptable to commit these types of offences.  I would urge all motorists, please think twice before you put yourselves and others in danger.”

Throughout the operation 284 vehicles were stopped, with 307 detected offences resulting in almost 300 Traffic Offence Reports (TORs), including:

Highways England Regional Safety Co-ordinator Sarah Watson-Quirk said: “We work very closely with our police partners across the country through Operation Tramline to improve driving behaviour and reduce the number of incidents caused by unsafe driving.

“It is always disappointing to see people flouting the law and putting themselves and others at risk, but even more so when children are involved.

“Working with the police who use the supercabs we want to encourage all drivers to think twice about their behaviour whilst driving, particularly those using a mobile phone who are four times more likely to be in a crash while using one. Put the phone in the glovebox, concentrate on the road around you and make sure everyone gets to their destination safely.”

Dr Alan Billings, South Yorkshire Police and Crime Commissioner, added: “Most road deaths can be avoided if motorists drive safely and within the law. Having spoken to families of road victims one of the hardest things to come to terms with is your loved one leaving home in the morning and never returning, all because someone chose to drive dangerously that day.

“I have seen some of the footage gathered by officers during this operation – a young woman texting whilst driving on the motorway. It was frightening to see such a cavalier attitude putting her own life, and the lives of other innocent road users at risk.

“South Yorkshire Police will be using this vehicle for further operations during the coming months and I look forward to going out with the team and seeing first-hand the work of the Roads Policing Group.”

To see a clip of Sgt Yacomeni discussing the campaign, with footage from the HGV cab, click here. 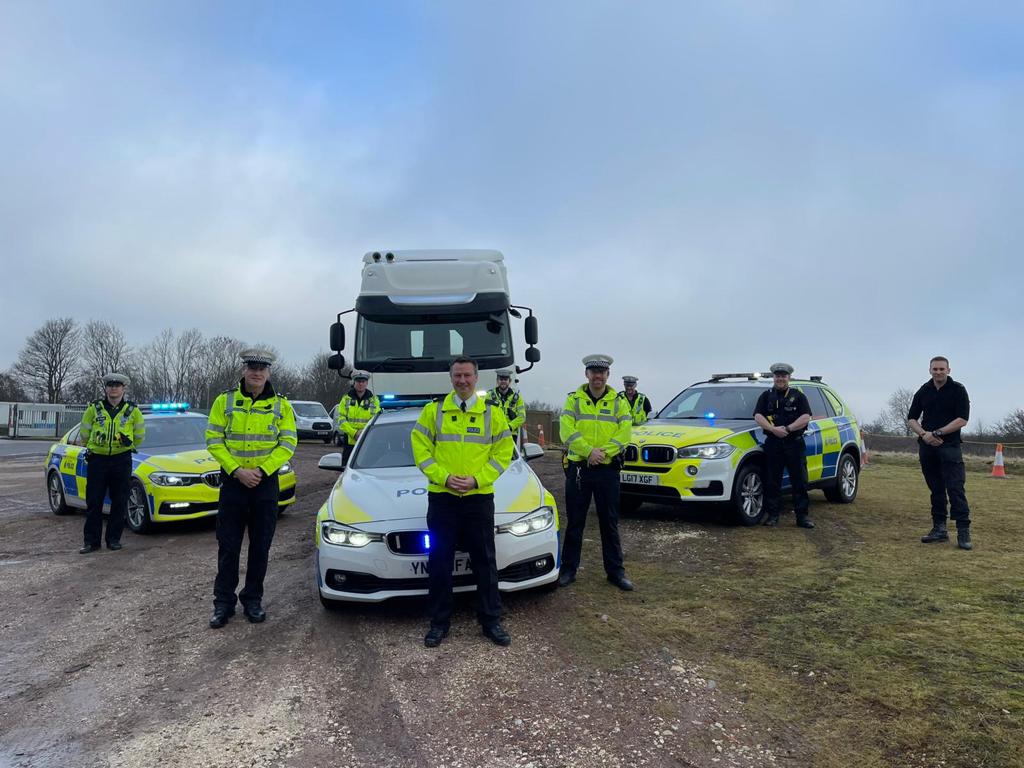