Three men have been jailed following a police campaign to crack down on acquisitive crime in Rotherham.

The operation, led by the Rotherham CID team, saw a host of warrants and proactive patrols across the district to arrest outstanding suspects and disrupt criminal activity.

The first man to be jailed repeatedly ransacked shops in Rotherham in May.

Terry Fletcher, 37, was handed a five-year sentence after he admitted stealing more than £15,000 of stock and cash from neighbouring shops in Effingham Street.

Fletcher began his spree on 17 May, when he smashed his way into the roof of the Phone Pro & Vape Suite store.

He took £300 from the tills before snatching an assortment of mobile phones worth £3,000.

Two weeks later, Fletcher returned to the same shop and forced his way through the roof, activating a smoke screen within the building. Undeterred, Fletcher ransacked the store as he grabbed £10,000 worth of phones, before fleeing through a fire escape.

At the scene, officers spotted damage to the neighbouring barbershop and launched an additional investigation. They discovered cosmetic items worth £1,000 were missing, along with £800 from the tills.

Officers checked the CCTV footage and recognised Fletcher before launching an appeal to track him down. One week later, they spotted him wearing the same clothes he wore during the burglaries and arrested him.

Fletcher, of North Road, Rotherham, admitted charges of burglary and was jailed for five years on Thursday (8 July) at Sheffield Crown Court.

The second man to be arrested was a prolific thief, who targeted vehicles across the district to steal valuable items left inside.

Ashley Godber, 38, admitted four counts of vehicle theft after he was spotted breaking into several vehicles in the Bramley and Wickersley areas.

Officers identified Godber after members of the public reported a man trying the door handles of cars to check if they were locked.

Godber, of no fixed abode but from the Rotherham area, was jailed for 10 months yesterday (13 July) at Barnsley Magistrates' Court.

The third man to be arrested was a burglar who forced his way into two Rotherham businesses on 13 June.

Christopher Howell, 36, also of no fixed abode but from the Rotherham area, used a brick to smash a window of the Wharncliffe Restaurant in Howard Road in the early hours of the morning. While inside, he stole six bottles of wine and a bin, before fleeing the scene through a broken window.

Howell struck again less than two hours later, as he smashed the window of 'Creative' Hair Salon in Bridgegate. He grabbed a variety of hair products before leaving.

Officers traced Howell after a forensic investigation linked him to both incidents. He initially denied the offences, but later admitted charges of non-dwelling burglary and was jailed for 24 weeks on Friday (9 July) at Sheffield Magistrates’ Court.

Detective Inspector Lee Wilson said: "Burglary can have a devastating impact on people’s lives and we will do everything we can to bring those responsible to justice. These offenders demonstrated a clear lack of regard for the welfare of their victims, who were left understandably shaken by the ordeal.

"Tackling Serious and Acquisitive Crime is a priority for detectives across the county. We work with specially trained officers to investigate offences and bring those responsible before the courts.

"Results like this are made possible by the continued support we receive from the public. I would urge anyone who witnesses criminal behaviour to come forward to report it." 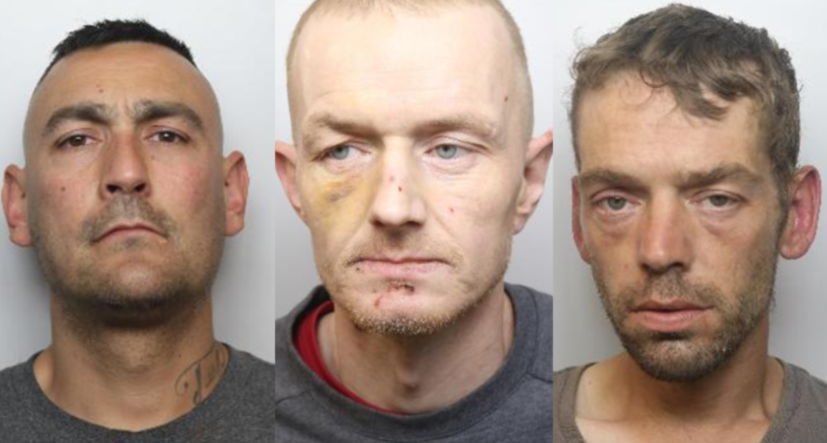