Two friends have today (Friday 30 July) been jailed for their role in the killing of father of two, Marcus Ramsey, who was stabbed to death in a Sheffield street last summer.

Marcus, then 35, died after an unconnected altercation at a street party escalated in to significant disorder, which culminated in him being stabbed through the heart shortly after midnight on Saturday 8 August 2020.

Returning to court today, Moreno was sentenced to serve a minimum of 18 years behind bars for the murder of Marcus.

At the same hearing, Ramsay was jailed for a minimum of 14 years for manslaughter.

Moreno and Ramsey, then both 17, attended the party in Horninglow Road, Firth Park, on the evening of Friday 7 August 2020. Both arrived with knives.

At 12.15am on Saturday 8 August, a then 24-year-old man was slashed across the chest and abdomen. This set off a chain of events which, just 17 minutes later, led to the fatal stabbing of Marcus at the hands of Moreno. At the time, Marcus was trying to prevent the pair from chasing his brother through the crowds.

Handing the friends their sentence today, Judge HH Kelson QC said: "Marcus Ramsay died a hero. He gave his life to save his brother. He never saw the knife coming, you never gave him a chance."

Senior investigating officer, DCI Mark Oughton remarked that he was pleased with the sentences handed to the duo in court. Speaking at the time of their conviction, he said: “This case yet again lays bare the horrors brought by knife crime.

“Marcus Ramsay was an innocent bystander, whose gut instinct was to intervene and protect his brother from two teenagers he could clearly see were armed. Marcus was doing his very best to diffuse a dangerous situation. He wasn’t involved in the evening’s violence; he was trying to put a stop to it.”

Three other men also received knife wounds that evening, all in unconnected incidents.

DCI Oughton continued: “It’s important that we firstly recognise the dignity and resilience shown by Marcus’s family. They have attended court every single day, and over the last five weeks have heard harrowing details of his final moments while enduring the defendants doing their very best to distance themselves from any blame.

“I thank them wholeheartedly for their support through this investigation.”

Moreno and Ramsey had been identified numerous times on CCTV on the evening of Marcus’s death. Footage captured them producing their knives and then fleeing as Marcus was dying. Police later recovered both knives in close proximity to the stabbing, while launching a manhunt for the duo who went on the run for several weeks.

DCI Oughton continued: “This has been a complex and lengthy inquiry. The investigation team reviewed hundreds of hours of CCTV footage and spoke to countless witnesses who were at the street party that night.

“It is thanks to the efforts of my team, and the support of the public, that we have been able to present such a strong case at court.

“It is undeniable that Moreno and Ramsey arriving with knives dramatically, and unnecessarily, escalated this situation. Both friends had a propensity for carrying weapons, and I am pleased that justice has been served today. The streets of South Yorkshire will be safer without them.”

Moreno, formerly of Aldfield Way, was also given 18 months after admitting possession of a bladed article and was handed a further five year sentence after being convicted of attempted wounding on the same evening. These sentences will run concurrently.

Ramsey, formerly of Andover Street, was given a six year term for his involvement in the same incident.

He was handed a further eight years after being convicted of wounding with intent after an assault which occurred in Gower Street, Burngreave on Friday 20 December 2019. Following a minor car crash, Ramsey senselessly stabbed the other driver, who was unarmed, four times. The 33-year-old required hospital treatment for his injuries, which included a collapsed lung. These sentences will run concurrently. 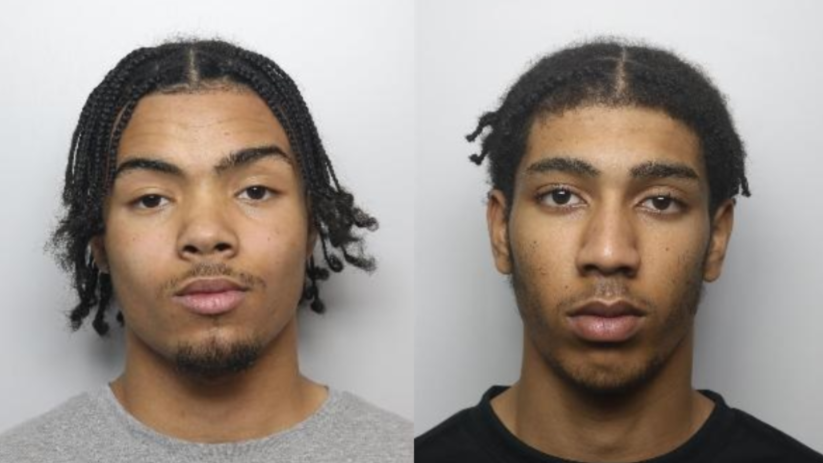