Two men have been jailed after admitting their part in an attack which led to the death of Sheffield man, Paul Crossley, in the city last year.

Both men were originally charged with murder, but after the trial had begun these charges were reduced.

Holt admitted a charge of manslaughter and was sentenced to six years in prison.

Ferrie admitted to affray and received an 18-month sentence.

The pair attacked Paul Crossley and his friend Steven Newton in Longley Hall Road on the evening of 15 May 2020, following a dispute earlier that night.

After the initial dispute, which Mr Crossley and Mr Newton walked away from, Holt and Ferrie armed themselves with golf-clubs and followed the men, locating them on Longley Hall Road at around 9.45pm.

When Mr Crossley tried to placate the pair, he was punched by Holt to the face and knocked to the ground. Meanwhile, Ferrie attacked Mr Newton with the golf club, then punching him in the face as he lay on the floor.

The defendants then left the scene and made their way back towards Holt’s flat by about 10pm.

Ferrie was seen to discard his dark-coloured top along the way and this was later found by officers from a bin on Longley Hall Road and blood samples matched DNA taken from the scene.

By the time an ambulance crew had arrived on the scene Mr Crossley had suffered a serious bleed on the brain, he was taken to the Northern General Hospital, but fell into a coma and died several days later on 19 May.

Detective Chief Inspector James Axe, from the Major Crime Unit said: “During the attack, one of the blows caused Mr Crossley to fall backwards and hit his head on the road.

Holt led the attack, admitting that a single punch had led to Mr Crossley’s death, while Ferrie assisted him during the incident.

DCI Axe added: “This sentence has been welcomed by the force as a deterrent to those who feel violence is acceptable on our streets.

“A man has tragically lost his life in awful circumstances caused by a single punch. No violence is acceptable, and we will continue to pro-actively work to stop incidents like these which show how fragile human life can be.

“We hope this outcome brings some feeling of justice to the family of Mr Crossley, however we understand that nothing can be done to repair the hole this will have left in their lives.”

The family of Mr Crossley have asked that they are left to grieve privately following the conclusion of court proceedings and will not be making any further statement. 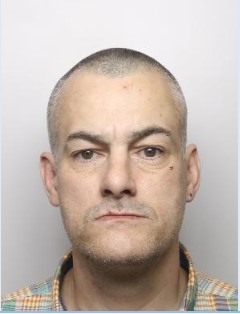 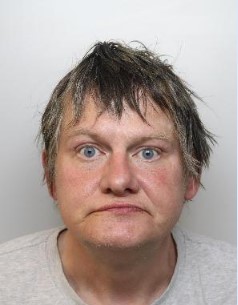