A Sheffield man has been jailed for 10 years after being found guilty of drug offences.

Awais Ahmed, 21, formerly of Empire Road, Sheffield, was found guilty of six counts of possession with intent to supply class A and class B drugs at Sheffield Crown Court after pleading not guilty at an earlier hearing.

The charges include the possession with intent to supply Heroin, Cocaine, Crack Cocaine and MDMA.

He was served a 10-year custodial sentence at Sheffield Crown Court on Friday 25 June 2021.

Detective Chief Inspector Paul Murphy said: “I am pleased that Awais Ahmed has been handed a sentence which will take him off our streets for a significant period of time.

“Ahmed was arrested on 21 September 2020 following a warrant executed by the Armed Crime Team on 18 September 2020 at an address on Brookfield Road, Sheffield, on the 18 September 2021 in which drugs were recovered. Officers conducting the warrant also recovered a firearm and ammunition, taking them off the streets for good.

“This is a positive result for local residents who are fed up with drug dealing taking place on their doorsteps. Ultimately, the funds from the supply of drugs are used to fund criminal activity. By removing individuals from networks of dealers, the supply chain is weakened and opportunities for further police activity are created.

“We are committed to tackling drug supply in our communities, please make sure you report any concerns to us, your information does make a difference.” 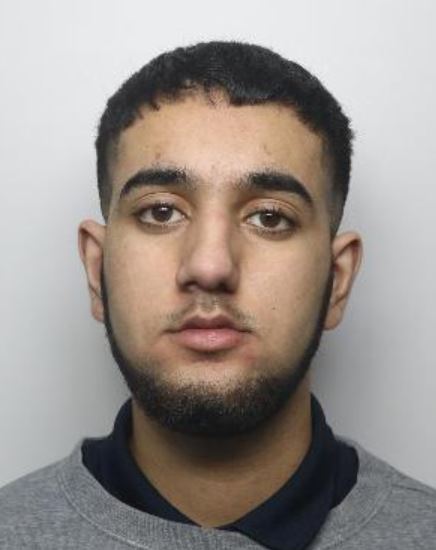