The investigation into the murder of Alena Grlakova is one colleagues at South Yorkshire Police will never forget.

With no direct forensic evidence, witness testimony or conclusive CCTV to link murderer Gary Allen to the crime, the team in our Major Crime Unit (MCU) instead spent several months painstakingly building a robust circumstantial case to take to court and secure a conviction.

Last week, Allen, 47, of no fixed address, was found guilty of the murders of both Alena in Rotherham in 2018, and Samantha Class in Hull in 1997.

DCI Mark Oughton, the senior investigating officer in SYP's case, said the investigation has literally consumed members of MCU for the last two and a half years as they pursued justice for Alena and her family. 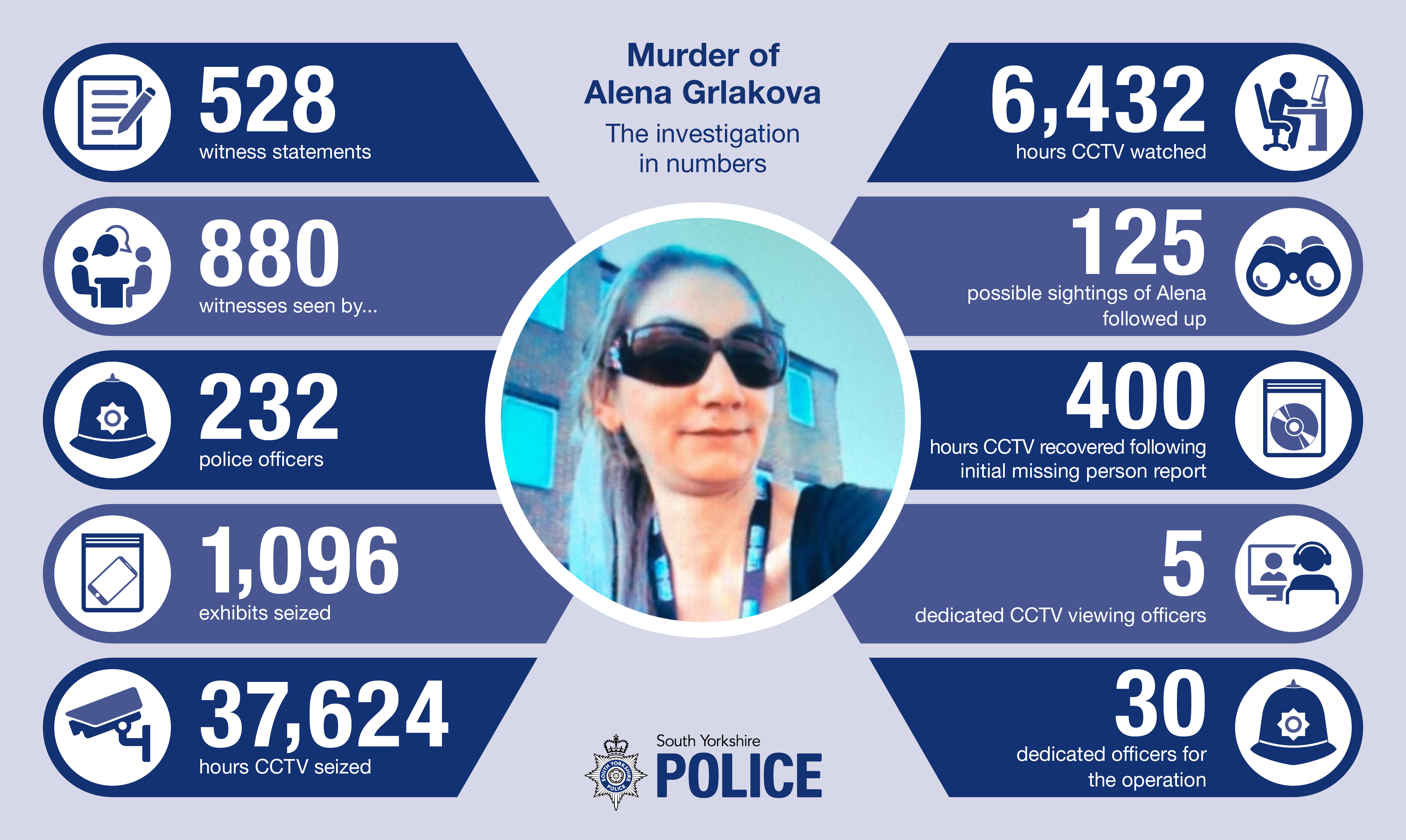 He said: "It seems like only yesterday that the CIM (Critical Incident Manager) contacted me back in January 2019, telling me they had a high-risk missing person in Rotherham.

"This case was initially a missing person investigation. It was complex; with many unconfirmed sightings reported, concerns about Alena's relationship with others in the Roma Slovak community, and fears of trafficking and exploitation. To start off we didn't know if she had tragically taken her own life, been killed, or simply returned to her home country of Slovakia."

Then one day, DC Richard Stump walked into DCI Oughton's office and played him some audio recordings that Allen had made, where he can be heard threatening Alena and losing his temper. This was the tipping point for the investigation to become a murder inquiry, and plans were put in place to arrest Allen for a bodiless homicide.

DCI Oughton said: "The day before I planned to arrest Allen, I got a phone call from POLSA (Police Search Advisor) Simon Bennett. 'We've found her, gaffer,' he said, and he told me that she'd been found concealed in a stream bed.

"It was a bittersweet moment. Finding a body obviously greatly assists a murder investigation - but it also confirms to a hopeful family that their loved one will never be coming back alive. Alena's family, including her four children, have been at the forefront of our minds throughout this significant inquiry."

Some of Alena's family members are still in Slovakia, and FLOs (Family Liaison Officers) Angela Hardwick and Claire Mann spent a week with them in Slovakia, having to break the devastating news of the team's findings.

Later, DCI Oughton took Alena's family, including her children, to lay flowers and light candles at the scene where her body had been found, on land just off Taylors Lane in Parkgate.

"It was an incredibly emotional moment and one which will stay with me forever," DCI Oughton recalled.

"It made me more determined than ever to make sure Gary Allen would face the consequences of his despicable actions. Over the coming months, following a tremendous amount of work by the team, everything started to come together."

The case was further bolstered through contributions from a number of national and international experts.

DCI Oughton said: "We took advice from national search advisors, national interview leads, and even psychologists about how to approach our interviews with Allen.

"We benefited from the valuable expertise of international GPS experts, and worked with forensic archaeologists who had recently helped with the remains from the Grenfell tragedy to assist us in safely recovering Alena's body."

DCI Oughton added: "I'm incredibly proud of the whole team - all the hard work is more than worthwhile when we know these families may finally get some closure following the darkest times in their lives. Allen's crimes ripped through two families, and two communities, 21 years apart. I'm glad he will remain behind bars where he belongs for decades to come."

You can read an overview of the case here.