A bungling burglar was caught red-handed after he left his dirty clothes in a victim’s washing machine.

Terry Hutley, 45, formerly of Bradley Street, Sheffield, was jailed for 12 months after his DNA was traced from clothing he left at the scene of the crime.

Hutley forced his way through the front door of his victim, also of Bradley Street, who was quarantined at another address between March and May of last year (2020).

When the victim returned home he noticed his laptop, driving licence and a host of other personal documents had been stolen, but that wasn’t all.

He also found his furniture had been moved, drawers were left open, and dirty clothes had been left in his washing machine. He called police immediately and a forensic investigation was launched.

Hutley’s next offence came two months later, as he targeted another victim while their home was empty.

The victim returned to find a locked drugs cabinet had been forced open, and its contents ransacked.

Hutley was once again traced through DNA left at the scene and was arrested shortly afterwards. He pleaded guilty to two counts of burglary and possession of class A drugs at Sheffield Crown Court. He was jailed on Friday (25 June).

PC Neil Wickstone from the Broomhall Neighbourhood Policing Team said: “Hutley made absolutely no attempt to cover his tracks and showed a complete lack of regard for his victim’s welfare.

“Burglary is an incredibly intrusive crime and can have a lasting impact on victims. We will continue to do all we can to bring those responsible before the courts." 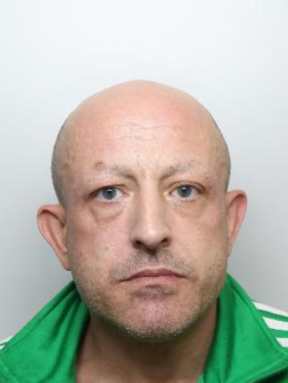