A man has been sentenced after he was caught red handed by officers in Barnsley.

Mark Rotchell, 30, was stopped by police as he drove along Shafton High Street in November 2019.

Officers immediately noticed a strong smell of cannabis and searched the car, where they found seven ounces of cannabis, with a potential street value of almost £2,000.

Rotchell was arrested and his mobile phone was seized, however subsequent phone checks revealed messages indicating he was also selling ketamine.

When Rotchell’s home was searched officers discovered both upstairs bedrooms were being used to grow cannabis.

He was sentenced to 30 weeks imprisonment, suspended for 18 months on Tuesday (15 June) at Sheffield Crown Court. Rotchell was also handed a six-month curfew which will be monitored by an electronic tag.

Barnsley Neighbourhood Policing Team Sergeant Richard Wilson said: “This is a great example of officers being in the right place at the right time. We can’t be everywhere, but we could be anywhere!

“We know some people like to argue drugs are 'harmless', but this simply isn’t the case. We often see vulnerable people are exploited as part of the distribution process and the impact can be devastating."

If you think you can help us identify those involved in the distribution of illegal drugs, it’s essential you come forward and tell us what you know.

If you would rather remain anonymous, contact Crimestoppers completely on 0800 555 111. 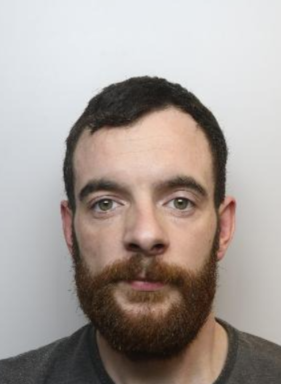