Our Mounted Unit are saying a farewell to Police Horse Burngreave today (25 March) as he retires from policing and starts his quieter, more relaxed life in a new home after years of service.

Animals become part of your family and for our policing family it is no different; officers build strong bonds and relationships with our horses and dogs, they’re all part of a team in protecting the communities of South Yorkshire, so goodbyes are never easy.

Burngreave, also known as ‘Bernie’ in the stable yard was bought on 3 December 2009, aged eight. He has served South Yorkshire for over 12 years, mainly partnered with Sergeant Dave Driver, who also recently retired from our Mounted Unit.

A horse has a natural flight or fight response and not all horses are confident enough to be un-phased by situations that are not natural for animals. Sergeant Driver said he knew that he, and SYP had a great horse after his and Bernie’s first deployment together in Warwickshire.

He explains more: “Bernie hit the ground running when he joined SYP and our first big event was a protest in Warwickshire.
“A lit firework was thrown underneath Bernie and exploded with a loud bang and sparks flying everywhere, Bernie did not move a hoof, he stood his ground like a pro and from that day forward I had the upmost trust in him, that we build a strong relationship on.

“Over the years we have been all over the country on mutual aid deployments as well as policing our own patch of South Yorkshire.

“The highlights of both our careers include working for three weeks in London for the Olympics, patrolling Olympic Park each day with up to 500,000 people at each time, we even got to meet David Beckham!
“Bernie is also a favourite at our local football matches and developed a bit of a reputation with supporters as being a ‘legend’!”

Burnie will be 20 years old this summer. Last year in December he started showing symptoms of lameness; a term to describe a change of gait in a horse which could be due to injury or illness. Following veterinary treatment, Bernie was diagnosed with a serious tear to a ligament in his leg and x-rays showed an arthritic change to his joints. A recommendation was made that Bernie, although he will still be able to enjoy being ridden should be taken out of police work.

Sgt Driver continues to tell us where Bernie will retire to: “Bernie has been a fantastic horse and I am pleased I got to be partnered with him for majority of my mounted career. He has been a faithful and hardworking, he deserves a happy retirement where he will be loved and spoilt.

“Police Horses are retired to one of several horse charities and we work alongside them to find loving homes. Over the past couple of months I have worked with the Horses Trust and we have found Bernie a great forever home in West Yorkshire. Bernie will remain under the Horses Trust care for the rest of his life.

“We owe it to our horses to provide them with the best homes and care. We are also lucky enough to be able to visit him.”

We thank Bernie for his service and his dedication, we wish him the happiest of retirements. 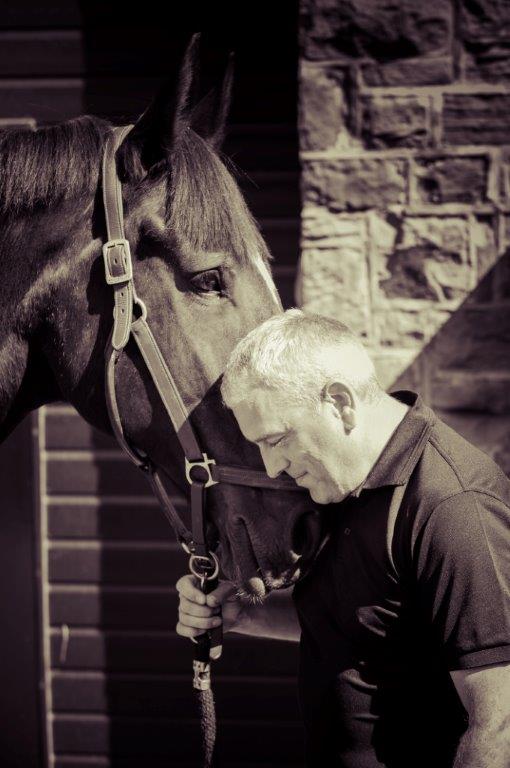