South Yorkshire Police is supporting a new national initiative to recognise and celebrate the work of response police officers as it launched today (Monday 15 March).

It aims to both celebrate the role response officers play in forces across the country and deliver a range of wellbeing and resilience initiatives, co-ordinated specifically for response officers’ needs.

Throughout the week SYP response officers will have access to a number of resources designed to help look after their physical and mental wellbeing.

ACC David Hartley, force lead for wellbeing at SYP, said: “Response policing is where many of our officers start out on their policing journey. It is the engine room of force, with around one third of our officers employed in that function.

“It is one of the most challenging and varied roles that you can do as a police officer. Response officers deal with conflict and confrontation on a daily basis and are often the first on the scene when an incident occurs. They have to be prepared for anything and everything.

“It is vital that we recognise the impact the role can have on those staff, and that we as a force do all we can to ensure the correct support and resources are available, not just during this week, but each and every day.

“I am delighted to support this week of action as an opportunity to shine a light on the fantastic work that these officers do day in day out to support the communities across South Yorkshire.”

National Police Chiefs’ Council lead for Response Policing, Deputy Chief Constable Serena Kennedy said: “The aim of the week of action is for response officers to be heard and valued, to see their workplace successes celebrated, to know that their wellbeing is important and to understand how and where to seek support when it is needed.”

National Police Chiefs’ Council lead for Wellbeing, Chief Constable Andy Rhodes added: “Response officers work in incredibly demanding roles and regularly see the very best and the very worst of humanity. It is so important that we do what we can to support them.

“These officers have told us, through national surveys and through their own forces, that wellbeing, resilience and fatigue are big issues that they are facing. We want them to know that we are here to help, and during this week of action, a range of resources created specifically with response officers in mind will be made available across the country.

“It is important to know that this is not just a one-off event; we want to use this week as an opportunity to let officers know that support is available to them and to their forces, all year round.” 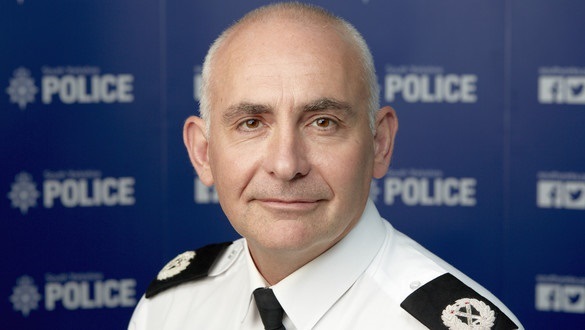