Officers from our Off-Road Bike intervention Team (ORBiT) have carried out a targeted operation focusing on illegal off-road bikers in Doncaster.

We understand the impact that off-road bikes have on our communities and to farmers’ livelihoods and continue to work hard to crackdown on the illegal use of off-road vehicles.

On Sunday 28 February our ORBiT conducted an operation with the Doncaster East Neighbourhood Team at Mill Hill in Hatfield, an area of wasteland just off the M18.

Despite newly erected warning signs, during the operation officers were faced with a large amount of riders on the land causing nuisance, disruption and posing a risk to those out walking.

The signs, signed by SYP’s Assistant Chief Constable David Hartley act as a warning to those engaging in illegal activity, the signs state that those caught will have their bikes seized.

Ignoring the warnings, riders were also found to have unregistered machines, no insurance and wearing inappropriate safety gear.

During the operation 24 off-road bikes were seized. The riders of the bikes were also processed with for having no insurance.

Anti-social notices (ADM171) were issued to 30 riders; these notices are issued as a warning, on a second occurrence with officers, the riders’ bikes will be seized.

Roads Policing Sergeant Matt Duffy explains more about the operation, he said: “Sunday’s operation was carried out alongside the Doncaster East Neighbourhood Team.

“Communities have raised concerns about the area of wasteland being used by off-road riders and despite out efforts to issue warnings, riders have continued to ignore these and cause a nuisance.

“The signs erected in the area act as a first warning, ensuring that officers can seize riders bikes on their first contact, a more effective way of policing.

“Reports and intelligence provided by the public help us shape days of action and focus our attention on the areas being affected and I continue to urge you to get involved; we have an online gallery of those we are wanting to identify to ensure we can continue to enforce where necessary.

“We understand people’s love for the sport but riding must be done in a legal and safe manner.

“Organisations such as the Trail Riders Fellowship can provide legal routes where riders can enjoy the countryside responsibly while respecting the current guidelines around Covid-19.”

Following the operation and on the way back to the Operation Support Complex, the National Police Air Service (NPAS) requested support for Roads Policing Officers in pursuit of off-road bikes in Edlington and Cadeby.

Following the pursuits, officers seized a further four quad bikes and an off-road bike, the riders were processed for the offences.

Neighbourhood Inspector Alison Carr added: “We had a successful day alongside the ORBiT.

“The team are a force wide resource; our communities raising their concerns helped us shape the day of action and call upon the team’s expertise and skills.

“Please continue to speak to us about the issues that matter to you the most, we will listen and we will take action.”

*50 Fixed Penalty Notices were issued to riders during the day for breaches of the Covid-19 guidelines. 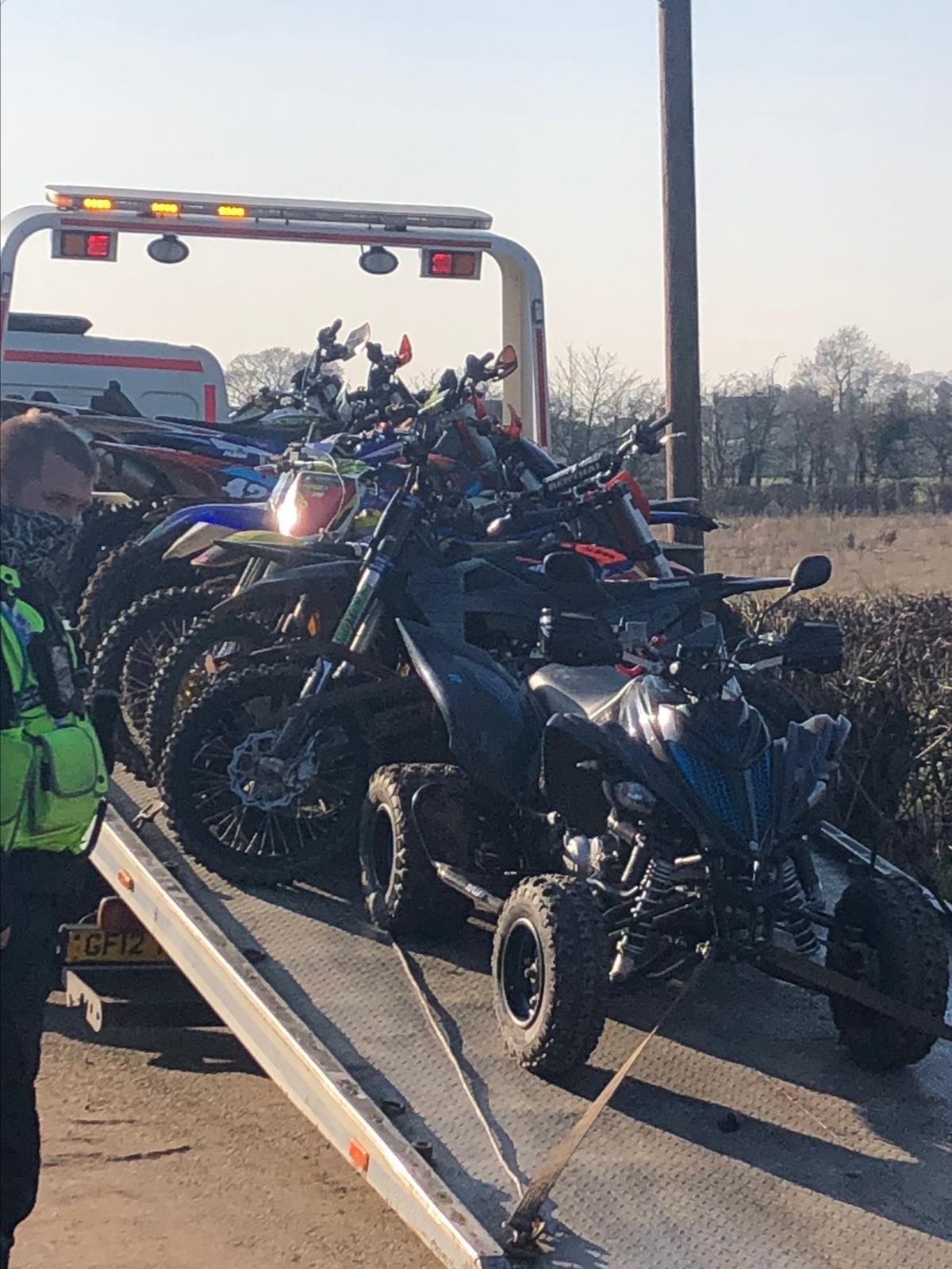 Some of the bikes seized by officers 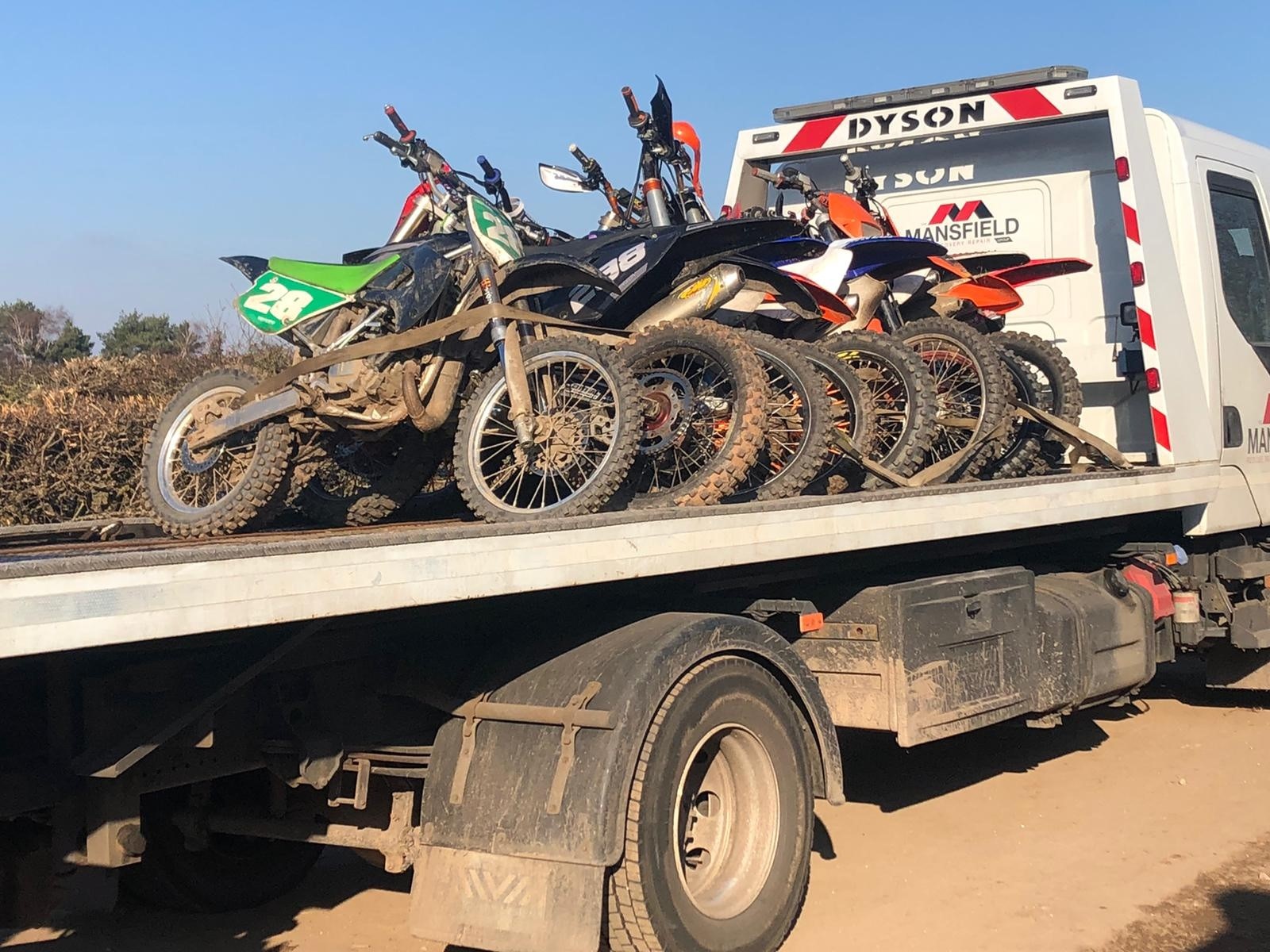