A drunk driver has been jailed after he crashed into officers during a police pursuit.

Ashley Gibson, 27, was spotted by officers on the Sheffield Parkway on 12 April (2021) as he swerved between lanes in the early hours of the morning.

The officers followed and signalled to Gibson to pull over, but instead he sped off towards Handsworth.

The officers gave chase and followed Gibson into Doveholes Drive, where the drunk driver found himself trapped in a cul-de-sac.

Gibson’s driving became increasingly erratic, as he drove into several parked cars before reversing through a large brick pillar.

In a final bid to escape, Gibson drove straight into the pursuing officers, shattering both headlights and crushing the bonnet of the police vehicle.

He was jailed for 23 months on Wednesday (26 May) at Sheffield Crown Court. He was also disqualified from driving for four years on release, and ordered to sit an extended re-test.

Sergeant Scott Sarson of the Sheffield North East Neighbourhood Team, said: “Gibson’s actions showed little regard for the safety of anyone else on the roads.

“I hope this sentence gives him a chance to think about his behaviour and prompts him to think twice before acting so recklessly again.”

To report a drink driver, call 101 or visit: https://www.southyorkshire.police.uk/contact-us/report-something/ . Always call 999 in an emergency. 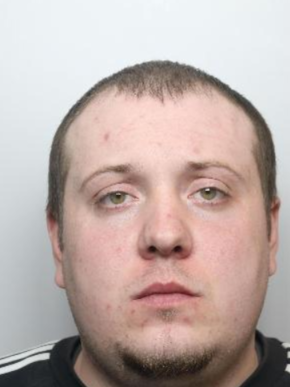