A man who suffered fatal stab wounds in Sheffield on Thursday 13 May has today been formally identified as Armend Xhika.

Police attended Earl Marshal Road, Burngreave shortly before 8pm on 13 May to numerous reports that a group of men were fighting and some were believed to be injured. Those involved left the scene prior to police arriving.

At around 8pm, Mr Xhika, 22, presented at Northern General Hospital with serious injuries, however he sadly died a short time later.

A second man, also in his early twenties, is still in hospital being treated for his injuries.

Five arrests have been made during the investigation to date.

A man in his thirties arrested on suspicion of murder has been released under investigation.

Mr Xhika’s family continue to be supported by specially trained officers as detectives work to piece together the events which led up to his death.

Senior investigating officer, Superintendent Ian Scott said: “Our investigation is continuing at pace and my team and I are working tirelessly to piece together the sequence of events which took place prior to Mr Xhika’s death.

“My thoughts are with his family at this difficult time.

“I remain keen to hear from anyone who witnessed this incident. Reports suggest there were a number of residents in Earl Marshal Road and Kirton Road who witnessed the disorder. If you saw anything at all, or know who was involved, please contact police today.”

If you can help our officers, the incident number to quote is 857 of 13 May. Alternatively, you can also remain completely anonymous and pass information to Crimestoppers on 0800 555 111. 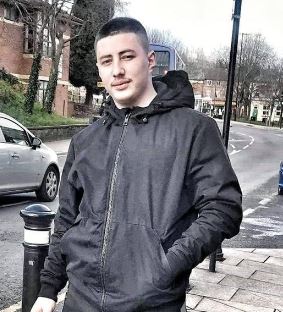