It has been just over a year since PD Bear, our much loved German Shepherd retired, so we thought we’d catch up with him and see what fun and mischief he’s been getting up to!

PD Bear, now three years old, joined South Yorkshire Police in 2019 and was partnered with PC Matt Aris. The duo became a popular pair amongst South Yorkshire residents and although their relationship went from strength to strength, PD Bear unfortunately failed his yearly tests and the decision was made that he would retire.

PC Aris had built such a strong bond with Bear that he couldn’t quite say goodbye and decided to make him part of his family!

PC Aris explains more, he said: “Although Bear was a working dog, you build a strong relationship together; you put your trust in each other and overtime become inseparable. I could not imagine life without him by my side.

“When it was time for Bear to retire I knew I needed to take him home with me and give him a life he deserved.

“Bear lives with my family, two Dalmatians and working police dogs PD Luna and PD Spud, they all get along great so he’s got plenty of friends to play with when he’s not found snoozing in the living room.
“It took Bear a while to adjust; when seeing me put on my uniform he would think he was coming with me and not relaxing at home, but now he practically waves me off at the door and puts his paws up!
“Over the past year Bear has had some great adventures, long walks in the countryside, paddling pool days in the garden and we even celebrated his third birthday with a lovely steak!

“He’s a very special dog who will be with me for many more years to come.”

Our animals are a huge part of our policing family and following their service want the best care and life for them. We work hard to ensure they are rehomed to loving homes and have the retirement they deserve after serving their communities, we are pleased Bear is happy and remains with PC Aris.

Thank you Bear for your service. 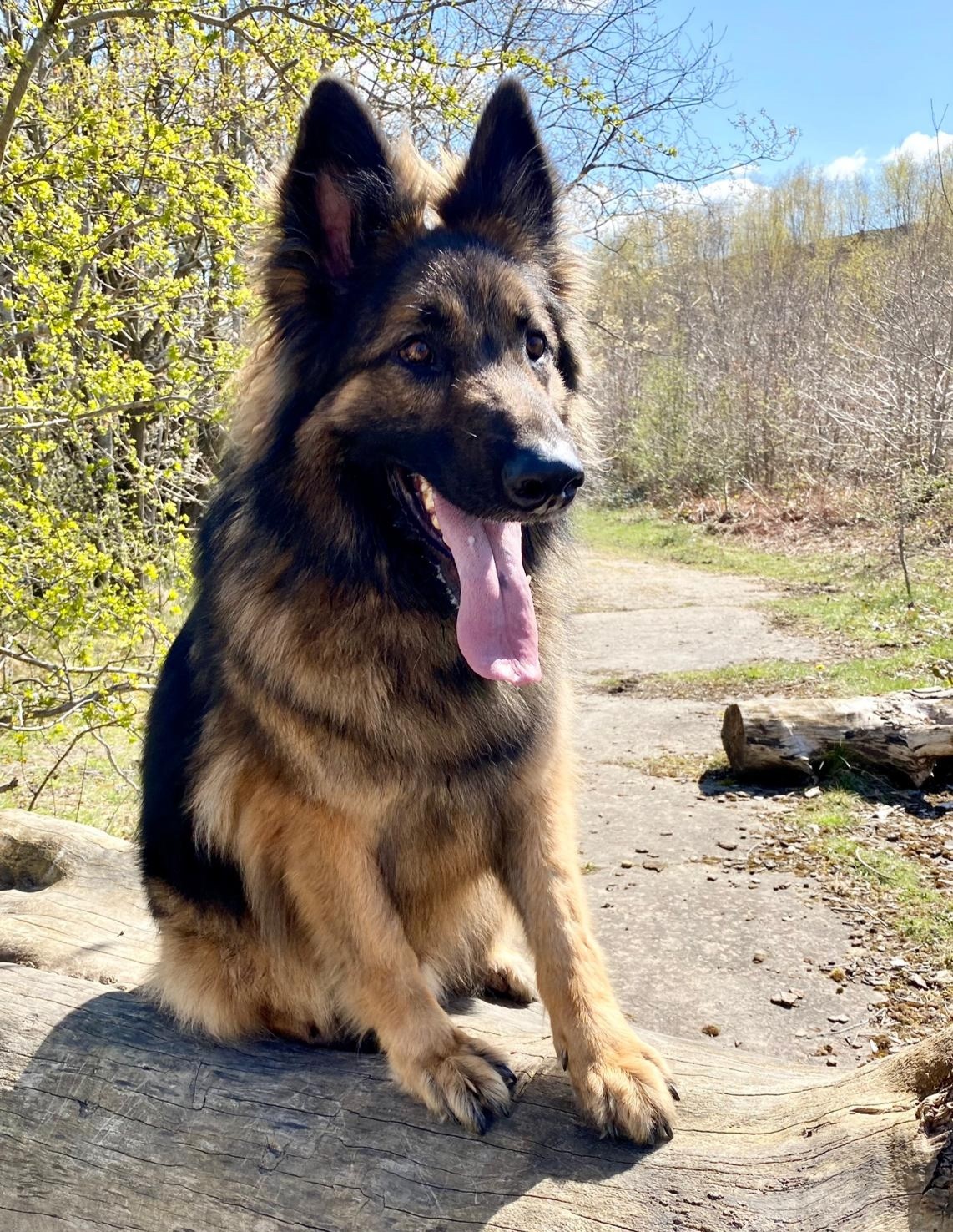