More than 130 officers, together with colleagues from the Local Authority and housing providers, took part in an operation across the whole of Barnsley yesterday (Wednesday 24 November) which saw teams unite to pro-actively tackle criminality.

Mr Abdy spoke of the importance of the day not only in terms of tackling crime but also in building up a picture of what issues matter to the communities they serve through public engagement.

Some 12 arrests were made for offences ranging from drugs and possession of a firearm to burglary and theft and harassment and racially aggravated assault.

Elsewhere, 27 stop and searches were carried out, eight vehicles were seized under Operation Takeaway, knives and other dangerous weapon were taken off the district’s streets, four fly-tipping patrols were carried out and 65 members of the public were signed up to the Smart Water property protection scheme.

The force’s off-road bike team ORBIT were on patrol between Hoyland, Worsborough, Wombwell and Cudworth. They seized a quad bike near Netherwood School after antisocial behaviour complaints and another near Kirk View in Hoyland.

But this day wasn’t all about enforcement. Engagement with communities was a key factor throughout.

Among this were visits to 12 care facilities, six pop-up police stations set up across the districts for people to approach and talk to officers, two antisocial behaviour surveys being carried out to canvas opinion on issues among residents, four litter hotspot clear-ups, and rough sleeper safeguarding patrols being carried out.

Chief Superintendent Abdy said: “These days of action are part of a wider plan within the force to better tackle criminality and learn from each other as districts what tactics work better than other and how to tackle certain crime trends.

“Operation Duxford is not a one-stop-shop to solve all issues our communities face. But they do take known criminals off the streets which might help lower crime figures over the coming days, weeks, months or even years depending on that person’s activities.

“We hope that people enjoyed seeing this presence on the streets throughout the day and took the chance to come and engage with our officers and let us know what issues are concerning them. If this doesn’t happen, then we won’t know how to go about making those communities feel safer.”

Inspector Nicola Brown, Silver Commander for yesterday’s operation, added: “The day was a success and we were delighted with the positive results our officers were achieving when out and about executing their warrants or other tasking.

“We were also pleased at the number of photographs and positive feedback comments being fed back into the command suite from our officers out on the ground.

"I would like to thank all those people who took the time to speak to our officers yesterday. If you still have concerns over crime, I would continue to urge you to report your concerns either via 101, to your local neighbourhood team or anonymously through the independent charity Crimestoppers on 0800 555 111.” 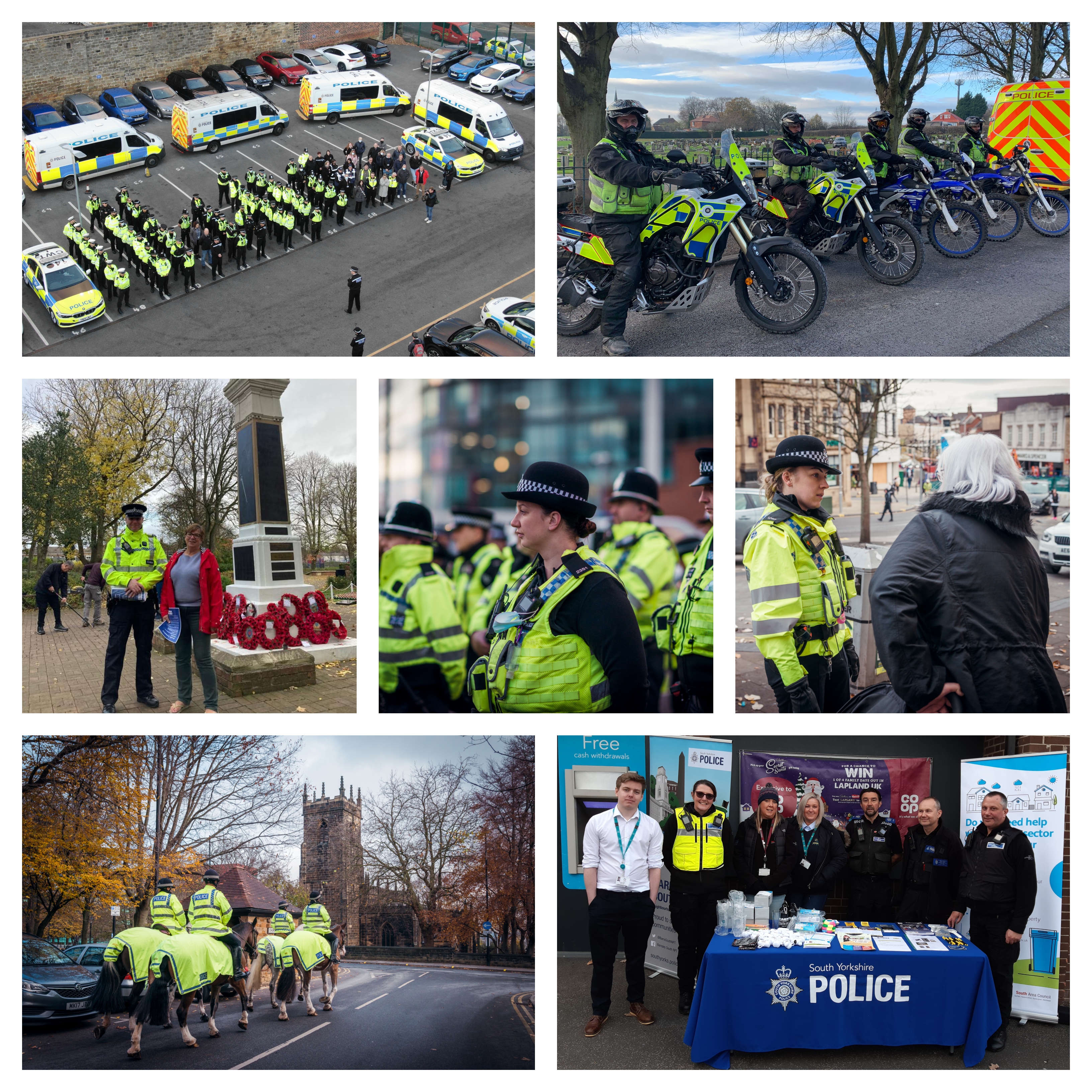