A police dog and his handler have been praised for their bravery and commitment following an incident in Doncaster last month.

PD Benson, and his handler PC Terry Davidson have been presented a Good Work Minute by Operational Support Unit’s Chief Inspector Darren Starkey for their courage and commitment in apprehending an offender during a violent domestic incident.

On Sunday 19 September, the policing duo attended the Carr Hill area of Balby to assist colleagues with a wanted 31 year-old man who had become violent and destructive to property.

PC Davidson explains more, he said: “Once PD Benson had located the man, I engaged in conversation and asked him to put the glass bottle down, or explained I would have to release PD Benson.

“The man refused and became un-cooperative and attempted to run away.

“The man was in the company of a friend who released a ‘Pit Bull’ type of dog from a nearby address. The dog immediately started to attack PD Benson.

“PD Benson received cuts to his face and muzzle area from the dog but despite being attacked and suffering pain he did not lose focus of his task.”

Seeing that his dog was becoming injured, the friend of the suspect recalled his dog and put it on a lead. PD Benson continued with his task and pursued the wanted man. PD Benson eventually caught up with the man, and with the help of his handler, the man was arrested.

Chief Inspector Darren Starkey who presented the award said: “This incident shows the lengths that some people will go to, to escape the police.

“PD Benson demonstrated courage and tenacity throughout the incident and despite the injuries he received, he never lost focus of his task to protect his handler and apprehend the suspect.

“It is a privilege to present the pair with a Good Work Minute and acknowledge their great teamwork and bond.

“Great work and well done both of you.”

PC Davidson added: “Me and PD Benson have been paired together for the past four months. Our working relationship got off to a great start and our bond has gone from strength to strength.

“I have been a police officer for eight years and it’s great to know I have PD Benson by my side in challenging situations. He works hard protecting myself and the communities of South Yorkshire.”

Congratulations to PD Benson and PC Terry Davidson, and we thank them for their continued dedication to South Yorkshire. 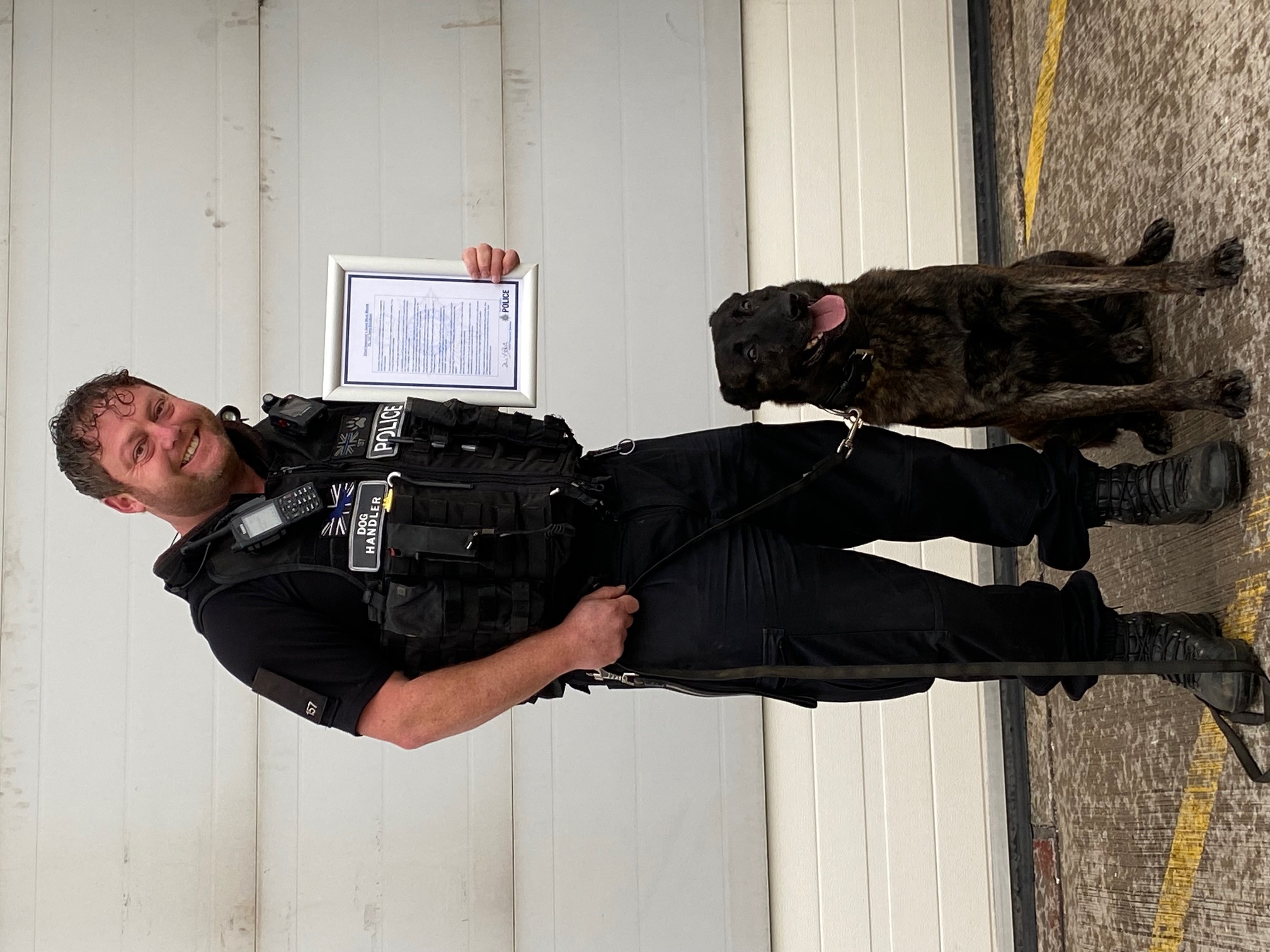