The tickets were handed to South Yorkshire Police by Barnsley FC after officers from across the district formed a team which won a recent anti-racism tournament hosted by the town’s club.

The Reds in the Community anti-racism football tournament was held earlier this summer and brought together different groups to promote anti-racism messaging.

The officers played as Barnsley United, and while there they also promoted SYP’s direct positive action recruitment campaign, aimed at encouraging under-represented groups to join the force. The team also engaged with the community and passed on the message that racism will not be tolerated.

Each ticket admits one adult and one child to any Barnsley FC game before the end of the season, meaning 16 lucky people will benefit in total.

When discussing what to do with the tickets, officers in the Central team decided to donate them to good causes who do a lot of work within the communities they serve, and The Lily Grace Cunliffe Foundation and Project 14 were selected.

South Yorkshire Police’s Barnsley Neighbourhoods Inspector for the West, South and South East Wards, Rebecca Richardson, said: “These two charities - The Lily Grace Cunliffe Foundation and Project 14 - were chosen as the beneficiaries for these football tickets as they do great work in the local communities that our Barnsley Neighbourhood Policing Teams serve.

"We wanted to give a little something back to them for all the hard work they put in, and feel that this strengthens the bond between ourselves, those communities and other agencies that work to make things better for them.

"We hope those who end up attending enjoy the matchday experience and get to cheer on the stars who represent their town."

The Lily Grace Cunliffe Foundation supports children and their families with long-term and terminal illnesses, giving families opportunities to relax and to make memories together through short breaks and experiences. It was set up by her family after Lily Grace tragically died in April 2013 just days before her fourth birthday having been diagnosed with a brain tumour aged two in 2012.

Lily’s grandfather Danny Beever, a former SYP detention officer who worked at Barnsley, said: “This meant a lot to us, with myself being ex-South Yorkshire Police and the Barnsley West Neighbourhood Policing Team led by PC Jade Barnard doing so much fundraising for us in the past.

“Still having that connection to the force through what we do is great, and the tickets will be given out at our charity raffle coming up in April next year.”

Project 14 are a community group set up after the death of a friend through suicide. They have delivered more than 150 mental health and suicide prevention training courses to pillars of the local community since then, as well as other events aimed at promoting mental health and wellbeing.

They say they aim to give these tickets to less affluent families who otherwise might not get the chance to go and watch their local team play as part of the community group’s ‘Random Acts of Kindness’ project. 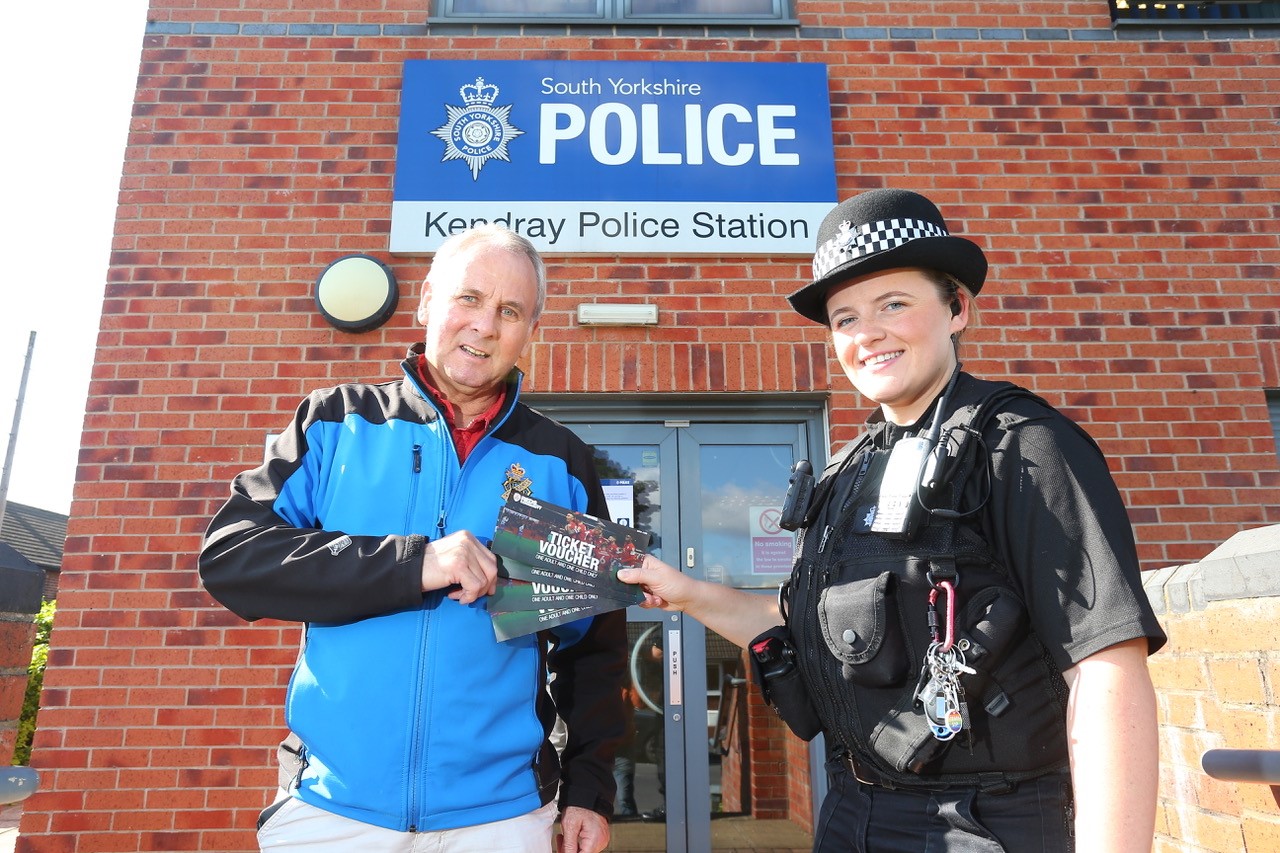