Police in Rotherham arrested more than 20 suspected criminals yesterday (6 October) as part of Operation Duxford, a dedicated operation tackling the issues that matter most to the local community.

Throughout the morning, officers executed six warrants as part of a local crackdown on Serious Acquisitive Crime, in particular the theft of motor vehicles.

During the searches, officers arrested three men on suspicion of conspiracy to steal motor vehicles.

Officers also seized mobile phones, clothing and devices that are believed to have been used in connection with the theft of motor vehicles

Chief Superintendent Stephen Chapman said: "Vehicle theft and other acquisitive crime can have a devastating impact on people’s lives and we will do everything we can to bring those responsible to justice.

"These suspected offenders, driven by their own greed, demonstrated a clear lack of regard for their numerous victims.

"Tackling Serious and Acquisitive Crime is a priority for detectives across the county. We work with specially trained officers to investigate offences and bring those responsible before the courts.

"Results like this are made possible by the continued support we receive from the public. I would urge anyone who witnesses criminal behaviour to come forward to report it."

Throughout the rest of the day, the district-wide Operation saw a variety of police resources deployed across Rotherham.

Officers patrolled the city centre to address issues such as antisocial behaviour and drug use, the abuse of vulnerable people and engaged with residents and business owners offering crime prevention advice. 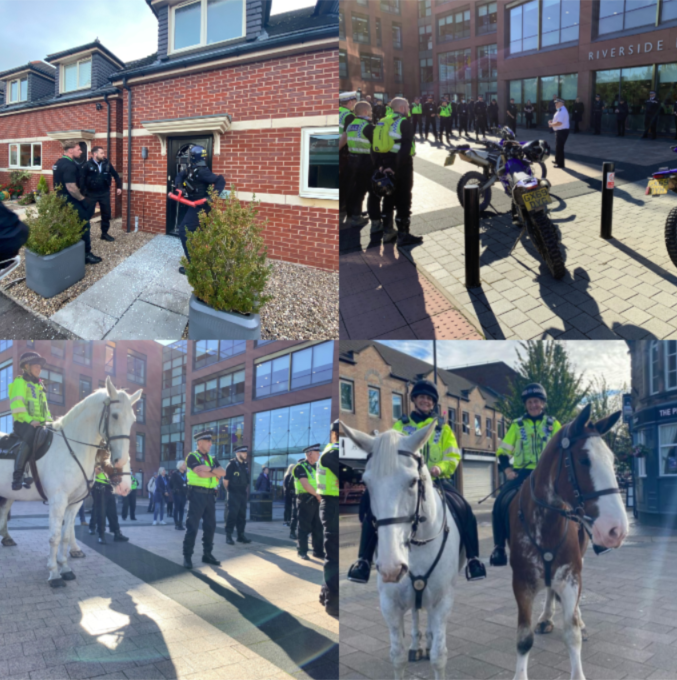