A Sheffield man has been jailed for 18 years for a series of historic sexual offences involving girls aged under 16 and one woman aged over 16.

Martin Tatchell, of Victoria Close, denied all the offences when he appeared at Sheffield Crown Court but was found guilty by a jury. Yesterday (Monday 4 October), he was sentenced to a total of 18 years in prison.

The 60-year-old abused three victims between 1990 and 1997 at his former address within the Stocksbridge area of the city. Since his arrest in August 2018, he has continually denied any of the offences had even taken place.

The sentencings for each offence totalled up to 17 years imprisonment plus an extra year added for an offender of particular concern. Tatchell was also placed on the sexual offenders’ register for life and was made subject to an indefinite restraining order protecting two of the victims.

Speaking after the court result Alyshea Sharp, an Investigating Officer with South Yorkshire Police’s Protecting Vulnerable People team, said: “What each of the victims went through at the hands of Tatchell was abhorrent. Meanwhile, he has never once taken responsibility or apologised for his appalling actions.

“I salute each victim’s bravery in all speaking up in this instance to bring him to justice, and also potentially protecting others from having to go through the same harrowing experiences.

“We hope that, while this court result will never make up for what they went through, the victims will feel some closure that Tatchell will have to spend the best part of two decades behind bars for what he put them through.

“If you have also suffered sexual abuse in the past, no matter how long ago it took place, please come forward and report it. We will listen, and we will do all we can to support you and bring offenders to justice.”

You can make reports through the National helpline Say Something, or directly to police through 101 or our new online portal. 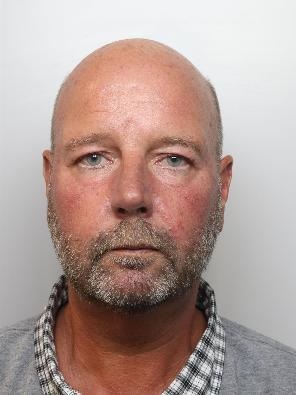