Drug taking and anti-social behaviour were the targets as officers from South Yorkshire Police took to the streets of Barnsley town centre for a proactive operation.

Operation Sidewinder saw the Barnsley Central Neighbourhood Policing Team out and about on Wednesday (22 September) accompanied by a drugs dog.

The operation saw numerous officers providing a high-visibility presence in the town centre and the sniffer dog hard at work locating people with drugs in their possession.

It is a system that has previously worked well when used by their colleagues in the Sheffield Central Neighbourhood Policing Team.

The officers involved received a warm welcome from locals, who commented on how positive it is to see the neighbourhood team out and about targeting issues that have been raised by them.

The operation was led by Acting Sergeant Neil Crossland, part of the Central Neighbourhood team. He said: “Today’s operation has been a success. We had 18 stop searches in two hours and within that we have reported two individuals on summons for drug possession and a shoplifting that had just occurred.

“This was a pre-planned operation within a wider problem solving approach that we seek to take as a team.”

Neighbourhood Inspector Peter Spratt added: “Operation Sidewinder is an excellent tactic to bring to Barnsley that is adopted as good practice from colleagues in Sheffield.

“This is part of a wider plan that we have for the Central Neighbourhood Team, and other aspects of this plan include working closely with partners to tackle these issues, as part of the Joining Forces initiative in Barnsley.

“The operation today was made possible through assistance from some of our student officers, who regularly patrol the town centre, and colleagues in the Special Constabulary volunteering their time to assist.”

Acting Sergeant Crossland added: “We want our local community to engage with us and you can follow us on Twitter @BarnsCentralNPT, on Facebook @BarnsleyCentral NPT, and you can receive updates and advice via SYP Alerts.”

This is done by heading over to https://www.sypalerts.co.uk/ and following the instructions.

“We have further plans and some longer-term interventions under way for some of the engrained issues in the town centre,” Acting Sergeant Crossland added. “It is excellent to see the investment in Barnsley currently and we are working hard to tackle the issues that are important to our communities.” 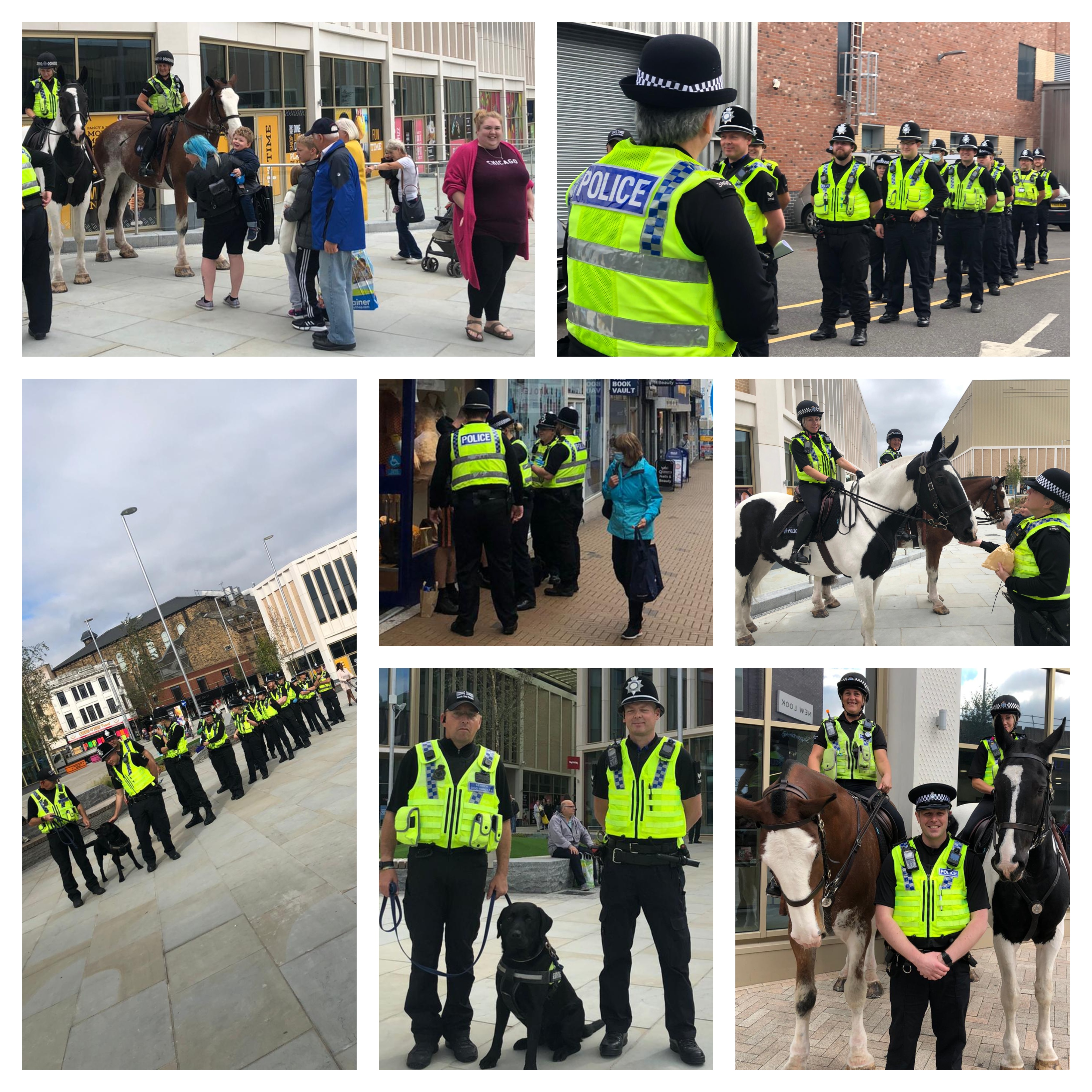