The Lord Lieutenant and High Sheriff of South Yorkshire were just two of the distinguished guests at the 2021 South Yorkshire Police Inspiring Youth Awards ceremony held at the Niagara Sports & Social Club on Friday 10 September.

The evening saw awards handed out to hard-working youngsters who had spent the last year working towards certificates of achievement in personal development.

The force’s new Chief Constable Lauren Poultney welcomed everyone and praised the students - who had completed the project despite the ongoing Covid-19 pandemic and subsequent restrictions. Almost 50 students and their parents were present to receive their awards in a socially distanced ceremony. School co-ordinators and headteachers were also present to support their students.

The top scoring student on Level 1 of the project was Tamzin Begum from Sheffield Park Academy. She was presented with her certificate and a special goodie bag with other gifts. She also won a shield that is kept by her school for a year to mark her achievement – this was collected by school staff.

The Level 2 top prize was awarded to Emeline Kwarteng of Hinde House Academy, who achieved the maximum 10 credits - which is the equivalent to 10 GCSEs graded at Level 5 to Level 9.

The Lord Lieutenant of South Yorkshire, Mr Andrew Coombe, presented the awards to Level 2 students and praised the efforts and achievements of all the young people involved in what has been “challenging and unprecedented circumstances” over the last 18 months.

He urged the youngsters to canvas careers officers in schools and seek volunteering opportunities to build on the skills gained while completing the course, adding: “I would advise you to continue the process of recording personal development after completing the scheme. It will grow your personal skills to support your entry to college, university or the world of work.”

The High Sheriff Mr Martin McKervy praised the achievements of the young people and promised new opportunities to progress an already established and successful project with gives Inspiring Youth project students the opportunity to work with Crown Courts. He added: “A new cohort of young people will attend the Crown Court to meet judges and explore entry pathways to a legal career.”

South Yorkshire’s Police and Crime Commissioner Dr Alan Billings also presented commendations to volunteers on the night, some of whom had completed their awards four years ago and have continued to support the project, going above and beyond what would be expected of a volunteer.

Dr Billings thanked one of the project managers, Specials Chief Inspector Mr David Turner MBE, for completing 50 years’ service as a Special Constable – which included over the last 18 years leading and supporting the Inspiring Youth Project.

A commendation for the project supervisor Chief Inspector Stuart Walne was also given by CC Poultney, for his continued support as he prepares to retire from South Yorkshire Police in February next year.

Then in closing the ceremony, CC Poultney thanked everyone involved and added: “The scheme showcases South Yorkshire Police in a positive light to the communities of Sheffield and Rotherham.”

The Inspiring Youth Project has been operating in its present form for almost 18 years and has won numerous awards. It is a personal development project for young people between the ages of 13 and 17 and has been launched in schools and community forums.

The Inspiring Youth Project is run by a small team of dedicated special constables and retired regular officers and police staff. Since the ceremony took place, enquiries from community groups have been received asking how they can get involved or how they can refer other young people to join, showing the project’s growing popularity.

If you require any further information about how young people can join or if you are interested in volunteering with the project, contact one of the project managers Special Constable Bobby Dev by emailing Bobby.dev@southyorks.pnn.police.uk or visit www.southyorkspolice.co.uk/inspiringyouth 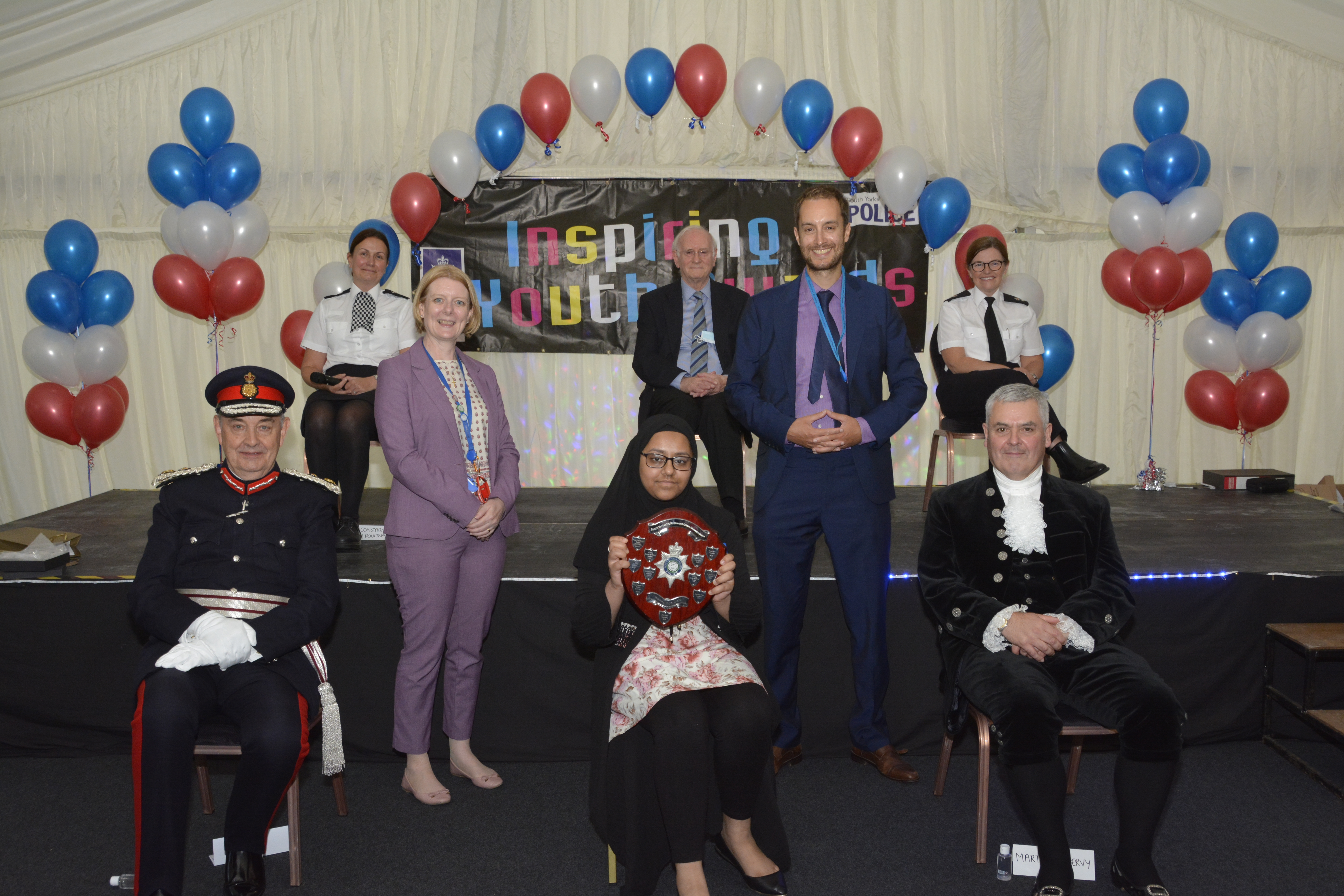 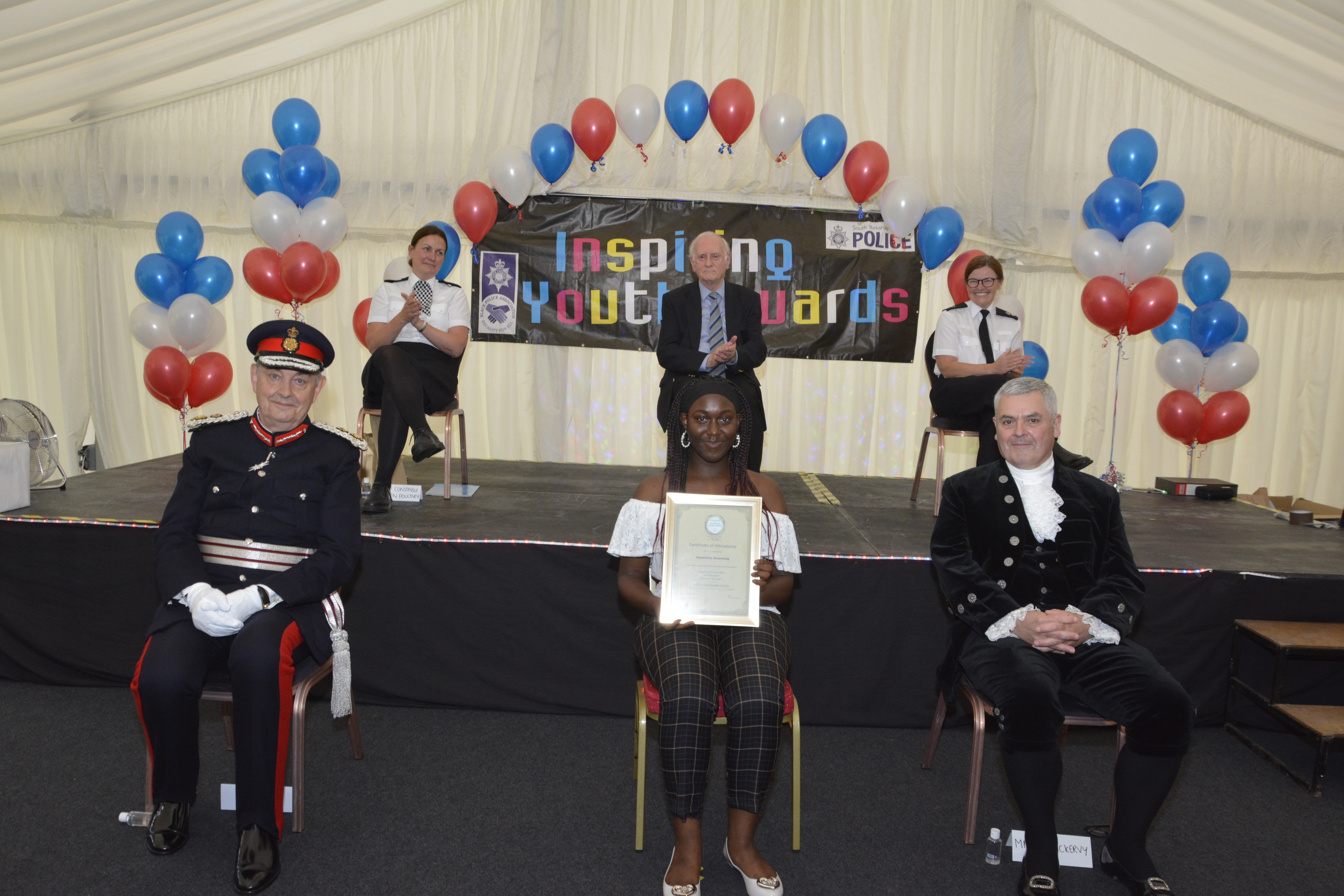