A Sheffield street dealer has been sentenced to eight years in prison after being found guilty of drugs offences in the city.

On 31 March 2019, Ellis was stopped by officers in the city centre following reports of a fight on Carver Street, he had been caught on CCTV fleeing the scene.

Whilst he had not been involved in the disturbance, Ellis was found to be in possession of 12 wraps of cocaine.

Ellis was arrested and charged with possession with intent to supply Class A drugs in February 2020.

Several months later, a drugs warrant was executed at his home in the Westfield area of Sheffield.

PC Sarah Morton said: “Officers recovered a significant amount of drugs from the address, including cocaine, heroin and crack cocaine.

“We also seized a fully-loaded crossbow, a machete, a sword and drug paraphernalia – it was clear that Ellis was making money from this enterprise.”

In total, Ellis, of Shortbrook Road, was charged with five offences and pleaded not guilty to each one at a hearing in February 2021.

Last week he received a seven-year prison sentence after being found guilty by a jury.

In addition to the drugs offences, he was also found guilty of driving offences committed in York, for which another year was added – bringing the total sentence to eight years.

PC Morton added: “We know drug dealing is a significant concern for our communities and I hope that this result demonstrates how committed our officers are to tackling this issue and securing results at court.

“Ellis was a shameless street dealer who had drugs and weapons stashed all over his home. It is right that he has been removed from the streets and hopefully this will send a signal to others that there are consequences and they can be significant.” 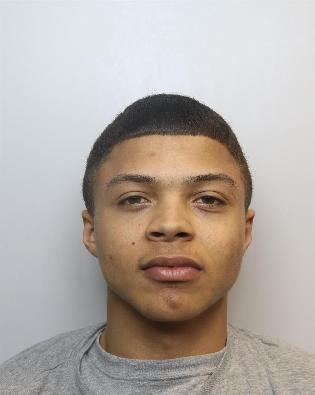