Two men from Sheffield have been sentenced to over 50 years in prison for attempted murder following a shooting in the Manor area of the city earlier this year.

Connor Hadi, 26, and Bradley Jenkins, 28, have been on trial at Sheffield Crown Court for the last three weeks and yesterday (7 September) the jury returned guilty verdicts for the pair.

The duo were charged with attempted murder and possession of firearms following an incident on Castledale Croft on 6 January 2021, in which a woman was injured.

Detective Chief Inspector Paul Murphy, from the Armed Crime Team, said: “On the night of 6 January, police were called to reports that shots had been fired at a number of people, who had been stood on this residential street in the heart of the Manor.

“The target was a 23-year-old man, but his mother was the first victim, with bullets hitting her shoulder, face and head which left her needing hospital treatment.

“A short time later, their intended target was also injured, after he followed and challenged the pair in a nearby garden. He received gunshot wounds to his arms and hands.”

The incident had started earlier in the evening, with an argument between Hadi and Jenkins and the 23-year-old on Hastillar Road South.

A short time later, at around 7.46pm, shots were fired into a group of people on Castledale Croft.

DCI Murphy added: “Hadi and Jenkins drove to the location in a stolen black Nissan Qashqai which had false number plates.

“Shots were fired recklessly at the group of people, which included the 23-year-old man they’d argued with earlier on. A number of members of the public were in the area as the shooting took place.

“The men then fled the scene, abandoning their vehicle and running towards Prince of Wales Road.

“An unarmed police officer attending an unrelated incident heard the shots, saw the vehicle being abandoned and called for resources to be deployed.”

Hadi and Jenkins were pursued in another vehicle, the occupants of which confronted them in a garden.

At this point more shots were fired and the 23-year-old man was injured.

Shotgun casings were found at each location, as well as evidence of damage caused by a firearm on vehicles and buildings.

DCI Murphy added: “We are extremely pleased with the sentencing today; it is right that these men were brought before the court for their deplorable actions. I'm thankful these men will be off the streets for a significant amount of time and unable to pose further danger to the public.

“This investigation was supported by the local community and sends a clear message that violence of any kind will not be tolerated, and will not create fear in our communities if we all work together.

“Today’s verdicts should act as a significant warning for those who continue to carry firearms or who are engaged in serious and organised crime in our city, you will be identified and justice will be served.” 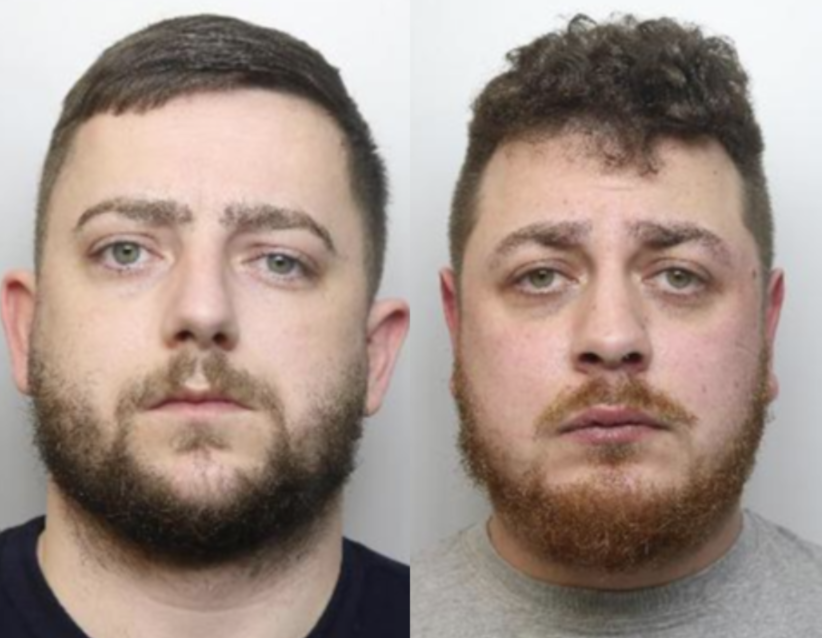