A Sheffield man has been sentenced to nine years in prison after pleading guilty to sexual offences against a child.

His offences were committed between 1999 and 2005 and relate to one victim.

Yeardley pleaded guilty at a hearing on 23 August and was sentenced today (28 September) at Sheffield Crown Court. He was served a nine-year custodial sentence and has also been placed on the sex offenders register.

Temporary Detective Sergeant Susi Taylor said: “This man’s actions were nothing short of horrific, he has rightly been served a substantial custodial sentence for his crimes.

“The distress his actions have caused will no doubt have a long-term impact; those involved are being supported by specialist services to help them attempt to come to terms with what has happened.

“It is absolutely vital that any victim of child sexual abuse feels they can speak out and seek help.

“I want to reassure the public that South Yorkshire Police is committed to investigating all reports and we have specially trained officers and partner agencies who can offer support and advice.

“In some cases, it takes a relative, family member, friend or loved one to take those first steps so my message is to everyone, if you have concerns, speak to us.

“Your actions could help safeguard or protect someone who is vulnerable, and they could also bring offenders to justice.”

If you would like to speak to someone, please call 101 for support and advice today. 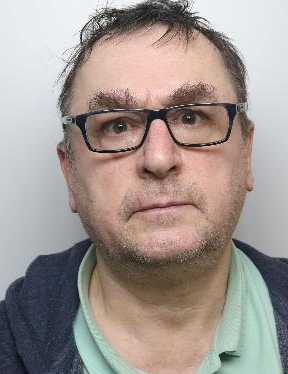