The Off-Road Bike Intervention Team (ORBIT) was launched in 2017 in response to unprecedented demand across the force.

Members of the public were unhappy about the anti-social use of off-road bikes, quad bikes and 4x4’s.

There was also a growing trend of thefts of motorcycles and motorcycle enabled crime across the force and some rural communities can suffer from poaching, damage to land and diesel thefts.

To combat this, the team is out in all weathers, all conditions and all hours of the day, covering all of South Yorkshire to make a difference to all the communities we serve.

A spokesperson for the team, said.
“Illegal and nuisance off-road motorcycling, quad-biking and the use of 4x4 vehicles in this way is something that understandably causes great concern in our communities and it is something we do not and will not tolerate.

“It can be very dangerous with vehicles often poorly maintained and not subject to safety checks. Several people have been seriously injured and even killed in such vehicles in the last 12 months.

“It is also very anti-social and intimidating to members of the public. There is a significant impact to the countryside and to wildlife, not to mention the damage to farmers’ fields.

“The team is an important part of our operational support unit without it we would not be able to effectively tackle these challenges.”

On 18 December 2021 the team carried out an operation in the Barnsley area. In just the one day they:

• Stopped a motorcyclist riding an illegal off-road motorcycle on the Trans Pennine Trail, which is a path for cyclists, pedestrians and horse riders. When stopped he was found to have no insurance and no licence. The motorcycle was also identified as being subject to several complaints from members of the public after being spotted on a regular basis riding on the 5ives football pitch in Barnsley. The bike was seized for having no insurance.

• Another off-road motorcycle was spotted – this time on the road. It had no registration plates and the rider was found to have no insurance. The bike had been imported from Spain and was not registered in the UK. This vehicle was also seized for having no insurance.

• That same day two other motorcyclists were found to be on the Trans Pennine Trail and were issued with section 59 Police Reform Act warning notices which warn riders that if they ride their vehicle in the same way in the next 12 months they could have their vehicle seized.

• And following that an officer on the team then spotted six quad bikes being ridden off of Grimethorpe nature reserve and onto the road. After an area search they were tracked to the RSPB nature reserve next to the river Dearne at Middlecliffe. The quad riders failed to stop and made off up a steep embankment. Officers stopped two of them and discovered that the other riders were trying to help recover two more quads that were submerged in the river. After dogged determination the two quads were recovered from the water by officers and all four quads seized (two for anti-social use) and two were later identified as reportedly stolen.

“The operation was a fantastic team effort,” added the spokesperson.

“Some of the vehicles had been left in the river and we were concerned their riders may return later and risk their lives trying to retrieve them.

“So we used all of the resources at our disposal to get them out and now they are safely secured with us.

“Some of team worked an extra four hours and by the end were covered in mud (as well as being freezing cold). This work is typical of their determination and I am proud to lead them.

“Those riding their bikes are out in all weathers and all times of the day – and so are we. Someone we stopped recently was amazed we were there when it was dark – but we are.

“And my message is simple – we will continue to be out making a difference during the day time, late at night and early in the morning. We will stop you and if you are breaking the law we will take action.

“Our vehicles are well maintained, high performance bikes – illegal off roaders who think we will not follow them can think again.

“I would also encourage legal riders to become involved with the numerous clubs and fellowships that signpost to legal routes and adopt a safe and polite code of conduct.”

If you are suffering from the nuisance of illegal off-road biking let us know where and when it is happening. We will take action and we will make a difference.

Call 101 or use the online reporting portal – https://www.southyorks.police.uk/contact-us/report-something/ 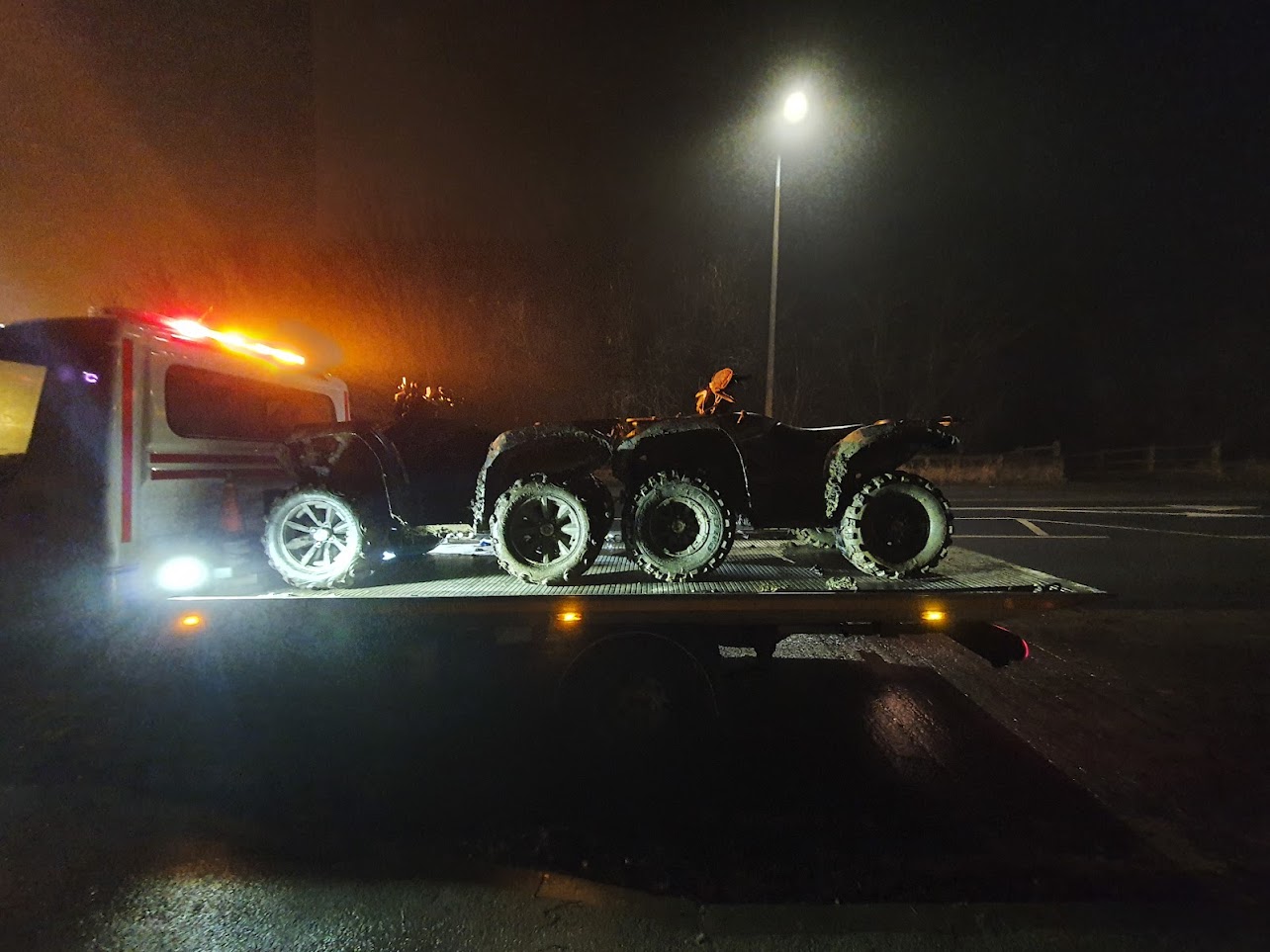