Over 40 officers took to the streets of Doncaster yesterday (Wednesday 12 January) as part of a pre-planned operation to disrupt criminality and tackle the issues that matter to local communities.

As part of Operation Duxford, teams from across the town made six arrests for various crimes including possession of Class A and B drugs, possession of an offensive weapon and domestic violence and harassment.

A number of early morning raids also took place as four warrants were executed in the Armthorpe area. Officers, in partnership with the Safety Camera Partnership, also carried out speed enforcement activity from four locations across the town.

These activities lead to the seizure of substantial amounts of Class A drugs, totalling a street value of nearly £4,000, along with cannabis, cash and a crossbow. A number of traffic offence reports were also issued and a stolen vehicle was recovered.

Superintendent Neil Thomas, who led the operation, said: “Operation Duxford is about raising awareness of the kind of activity our officers deliver day-in and day-out within the communities we serve, and it’s also about showing law-abiding citizens that we are listening to their concerns and taking positive action to address them.

“Through operations like Duxford we also intend to make it ever-more clear those still intent on causing harm in the communities we serve that criminal activity will not be tolerated and actions will be taken against those who continue to break the law.

“Our district teams delivered a range of focussed activity throughout the day which looked at tackling specific crime types which we are aware are particularly prevalent within the East and Central areas of the town. This activity was led by our local Neighbourhood Policing Teams but supported throughout the day by teams from our mounted section, roads policing group and off road bike team.

“As a force, we rely on the information provided by the public to bring criminals to justice and we are stronger with the support of our communities. Therefore, Operation Duxford isn’t all about tackling crime head on, it’s also about getting out there and engaging with the public.”

Across the day, officers set-up four pop-up police stations in partnership with Doncaster Council, performed high-visibility patrols around key burglary hotspots, executed joint housing visits with St Ledger Homes, and delivered a letter drop and reassurance patrols around the areas where warrants were executed earlier in the day.

This activity follows three further days of targeted action in the Hexthorpe area, which took place at the start of January and aimed to address similar issues to those tackled through Operation Duxford. During this earlier targeted action, a further 12 warrants were executed leading to 13 arrests and the seizure of 760 cannabis plants and two large bags of dried cannabis. This operation was led by the Doncaster Central Neighbourhood Policing Team, but supported by specialist teams from across the force, as well as the National Police Air Service (NPAS).

Superintendent Thomas added: "I would like to thank the teams involved and the people who took the time to speak to our officers about the positive work taking place in their communities.

“I would urge anyone to report concerns in your area either via 101, your local Neighbourhood Policing Team or anonymously through the independent charity Crimestoppers.” 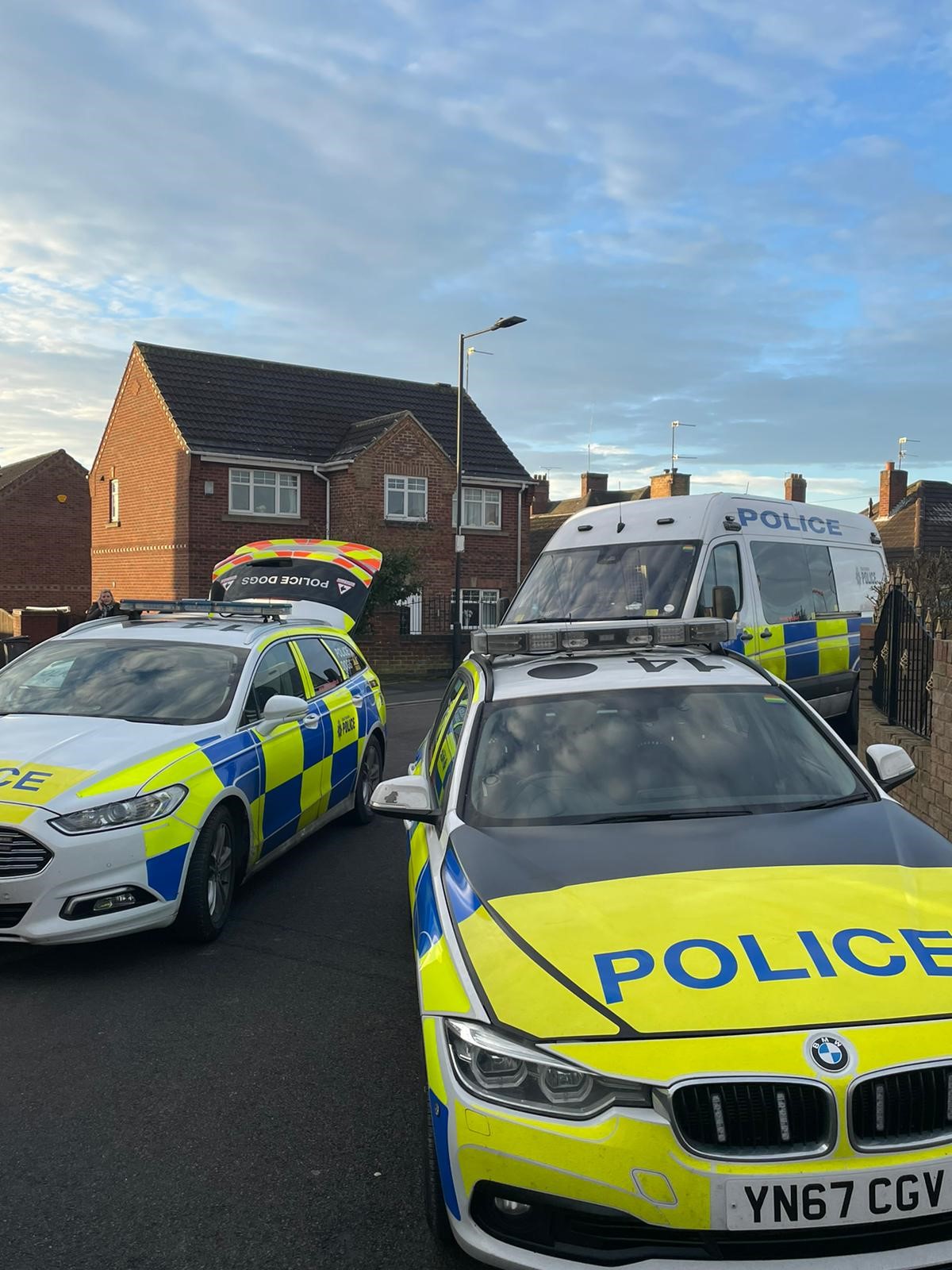