Targeted operations, engagement, and education were on the agenda last week in a bid to tackle knife crime in South Yorkshire.

Operation Sceptre is the national anti-knife crime campaign which takes place twice a year. Throughout the week-long campaign, activity is focused on taking knives off our streets and, ultimately, reducing the number of people involved in knife crime. This is achieved with educational talks in schools, knife sweeps and high visibility patrols.

During the week of action, which ran from 14 – 20 November, we recovered ten knives, three swords and a crossbow. We spoke to more than 2000 people within the community, educating them on knife crime and of those, 500 were children that had been visited at their school.

We carried out 50 weapons sweeps and searched 152 people, ten of those which led to an arrest. A further 50 people were arrested during warrants and direct arrests.
We visited 30 retailers and conducted ten test purchases throughout the week of action, and following four warrants, 241 cannabis plants were recovered and seized.

Detective Superintendent David Cowley, who led Operation Sceptre said: “This week has been a fantastic success and I am really pleased with the results. The focus this year was on education, and we had officers engaging with the community, going into schools to speak to young people around the dangers of carrying knives and the consequences that this can have.

“Those who feel the need to carry knives in our communities are not only putting themselves at risk, but also other people, we are determined to get this message across. The operational work carried out throughout this week goes a long way to keeping this in focus and in keeping our streets and open spaces safer.

“I’d like to thank all the officers, staff and partners who have been involved this week, supporting this important campaign.”

T/Assistant Chief Constable Rick Alton said: “Tackling knife crime is a key focus for us and the force continues to prioritise reducing the number of instances throughout the year.

“We don’t only prioritise knife crime during these weeks of action, it’s a priority all year round.

"It was encouraging to see that a number of weapons were seized and 60 people were arrested throughout the week, and they will be dealt with appropriately.

“During this week we also saw the conviction of a man who stabbed a victim in an unprovoked attack in August. The victim of this offence received injuries resulting in hospital treatment, and although the victim survived, it has left a lasting impact upon them and their family.

“We will continue to our great local partnerships and the courts to bring perpetrators to justice, so that you, the public can feel safe going about your daily lives.”

If you have any information about knife crime in your area, please contact police via our online live chat, our online portal or by calling 101.

Alternatively, if you wish to give information anonymously, you can contact independent charity Crimestoppers via their website – www.crimestoppers-uk.org – or by calling their UK Contact Centre on 0800 555 111. 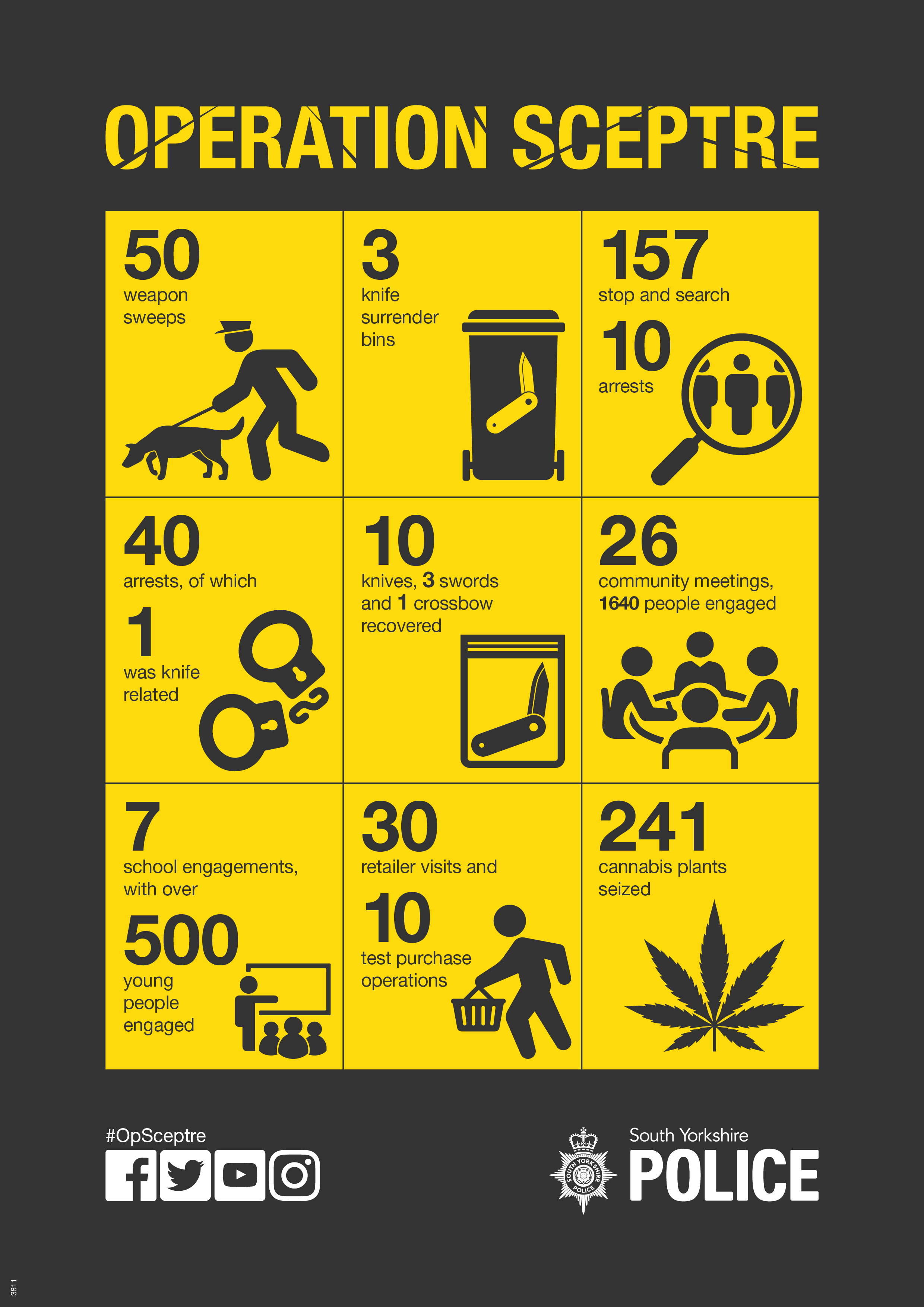